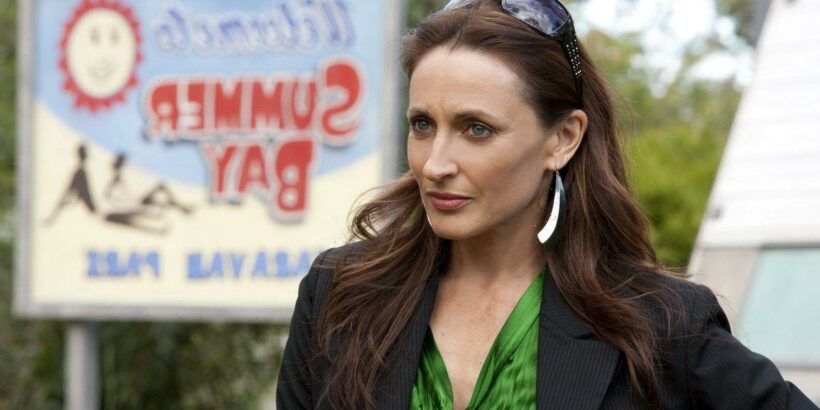 Home and Away star Georgie Parker is a Summer Bay legend.

The 57-year-old actress joined the Australian soap in 2010 as Roo Stewart, the daughter of Alf Stewart (Ray Meagher) and Martha (Belinda Gibson).

Roo was originally played by Justine Clark but Georgie took on the role upon the character's return to the bay and has stayed put ever since.

In recent scenes, Roo gifted her mother Martha a kidney amid her health woes.

Away from the soap, Georgie has faced her own health struggles and a battle with scoliosis which cut her dance career dreams short.

Daily Star takes a look inside her life.

Georgie Parker has been acting for years and it seems a penchant for the silver screen runs in the family.

The actress is married to famous scriptwriter and author Steve Worland.

The pair tied the knot in 1999 and later welcomed a daughter named Holly in 2000.

He has also published three novels and features in the credits for the 2002 thriller Swimfan starring Jesse Bradford, Erika Christensen, Shiri Appleby and Jason Ritter.

Georgie is no stranger to posting a glam throwback snap to Instagram.

The actress has enjoyed an illustrious career which has seen her star in TV, musical theatre and a The Wiggles music video.

In 2006, she appeared in the music video for The Wiggles hit Racing to the Rainbow.

As her Home and Away character Roo recovers from kidney donor surgery, Georgie has been forthcoming about her own health struggles.

The actress was diagnosed with scoliosis when she was 13 years old.

Speaking about the condition – which curves and twists the spine – to Body+Soul in 2020, Georgie revealed she had "lost about three inches in height" as a result.

In 2017, she told Now To Love: "It impacts me on a daily basis and I just have to stay fit to keep my back as functional as possible.

"I've never resented [having scoliosis] and it's made me realise how lucky I am that, while I have this significant challenge, I can still live my life pretty much how I want to."

Home and Away airs on Channel 5 in the UK.