American journalist and author Tim Mohr admits that when he first arrived in Berlin in 1992, he was clueless to the reality of what the post-Wall city would look like. “I thought all of Germany was Oktoberfest basically,” he told punk writer Legs McNeil at Brooklyn record store Rough Trade last week to celebrate the release of his new book Burning Down the Haus. “I was shocked when I got off the plane and everyone wasn’t wearing lederhosen and holding giant beer steins.”

Rather than a Teutonic cartoon landscape, he ended up in the gray high-rise blocks near the old East Berlin zoo. “You could hear animals howling at night,” he says. “They were shockingly gross surroundings to me as a newly arrived American.” Soon, he discovered the nightlife scene, the squats and clubs and met many of the East German punks who had created a progressive DIY world. Working as a DJ in that almost-mythical realm until the end of 1998, Mohr befriended many of the people who had been interrogated by the Stasi and imprisoned by the GDR. Their stories stuck with him so much that a decade later, he returned to begin researching what would become Burning Down the Haus: Punk Rock, Revolution and the Fall of the Berlin Wall, a thrilling and essential social history that details the rebellious youth movement that helped change the world.

“It takes a lot more than a latent desire for hamburgers to bring down a dictatorship.”

“I realized I’d been fed the typical American mythology of the importance of Reagan’s ‘Tear Down This Wall’ speech and how Easterners just wanted to have Big Macs and Levis and all that shit,” Mohr tells Rolling Stone. “Then, here I was confronted with the people who had actually done the work: they had sacrificed their bodies to fight the dictatorship. It takes a lot more than a latent desire for hamburgers to bring down a dictatorship.”

Mohr spent nearly 10 years tracking down all the people he thought were essential to tell this story; one that’s never been shared in such detail before.

“I couldn’t believe, when I was reading the Stasi files, the level of paranoia,” he says. “It’s very difficult from a Western perspective to understand why the secret police would be bothered by a bunch of kids cutting their hair. The deeper you go into it, you realize, well actually, they were right. It was a genuine threat to the dictatorship because they were trying to take control of the basic decisions in their lives.” 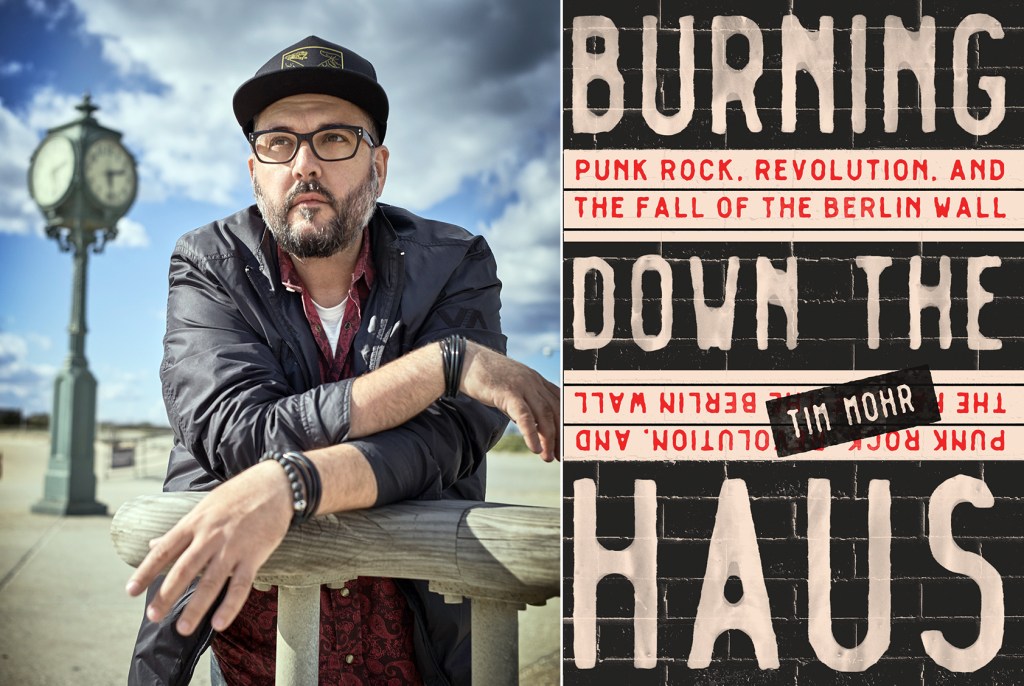 Mohr originally thought that these Stasi files would be his greatest research asset — something he’d mine for rich details — but they quickly proved to be less satisfying fodder for the cinematic narrative he wanted to achieve.

“It was one of the weird aspects: Here is this 15-year-old punk and you’re reading this transcript and they sound so formal,” he explains. “They might be interrogated for 12 hours, and at the end of that time there would be a kind of digest typed up detailing the key aspects of the conversation but, because it was being typed up by a Stasi clerk, it reads very formal, without the bad language and awkward constructions.” 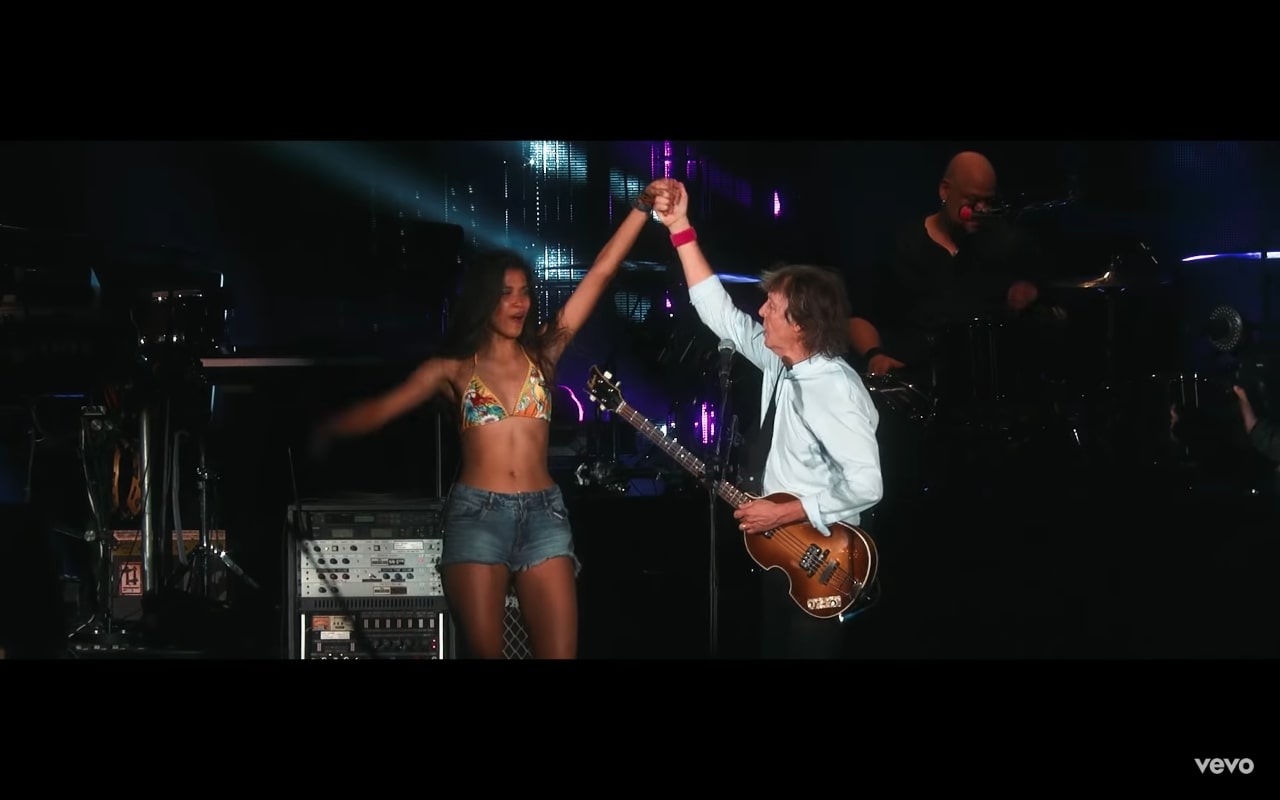 Watch Paul McCartney Call Fan Onstage, Save Relationship in ‘Back in Brazil’ Video

So Mohr turned to oral accounts, interviewing people for hundreds of hours to create a fascinating story that delves into how young punks were forced to be gravediggers or risk imprisonment and those who found safe havens inside churches provided by sympathetic deacons. During all the crackdowns and arrests, one of the recurring refrains the East German punks used to keep them going was the mantra: “Don’t die in the waiting room of the future.”

“The British punks felt like they had no future because the economic situation was such that they didn’t see a place for themselves in society,” Mohr explains. “In the East, the opposite was the case because the dictatorship had planned out every aspect of their lives. The Eastern punks felt like they had too much future. They took what they gleaned from the Sex Pistols and other bands that they loved, and they turned it into this uniquely Eastern phenomenon. They were talking about their own conditions and lives — which is why it became a real threat.”

While working on the book, Mohr also realized it was much more than a music scene. In it, he details how music became a tool to resist and fight the dictatorship under which they lived, and he hopes it functions as a handbook for resisting contemporary forms of authoritarianism.

“By the time I started researching, I started to see eerie echoes here in the States of what the punks were dealing with: the mass surveillance, increasing coverage of the militarization of the police, and the smashing of protestors, like Occupy and Black Lives Matter and the pipeline protesters. So it certainly seemed like, this was not only historic, it was also becoming more and more relevant to what we’re dealing with today.”

While we may see signs of grassroots organizing in the United States, it can also feel like most people living in the West are docile, made passive by their smartphones and other cheap stuff. Since most of us don’t seem so restricted, not feeling the same urgency to resist in the same way, does Mohr feel his book could inspire a cohort to rise up?

“I’m not saying the scene has to be recreated in its exact form. But I think it’s great to have a concrete historical example of a grassroots youth movement making concrete change in society,” he says. “It’s amazing to me that a bunch of kids with bad haircuts could change their society. … The punks kept fighting. They’re being arrested, beaten and sent to jail. They would come out of jail and put their leather jacket back on and go back out to that fight. That paved the way for that whole opposition. It showed others that it was possible to resist and survive.”