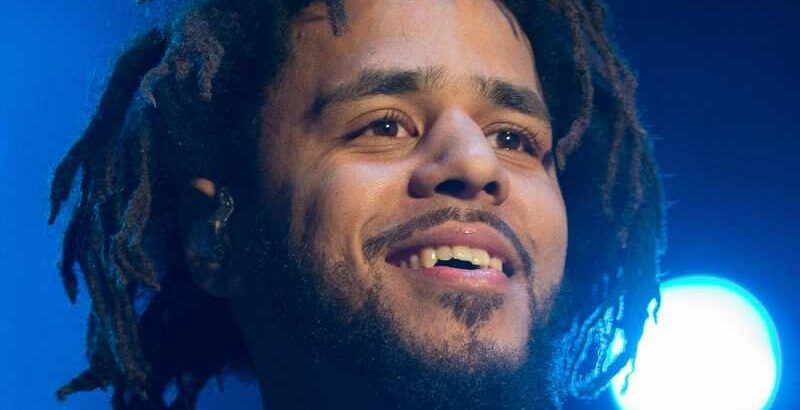 J. Cole’s new album, “The Off-Season,” was released on May 14… and it’s already breaking records. According to Chart Data, “The Off-Season” is expected to debut at No. 1 on the Billboard 200 Albums chart — with an estimate of over 300,000 album-equivalent sales in the first week — putting it in contention for “biggest debut of the year.” This would make it J. Cole’s sixth No. 1 album in a row.

Unlike Cole’s last two albums, “The Off-Season” includes guest appearances from other rappers, including 21 Savage, Lil Baby, Diddy, Cam’ron, and more. Every track is also expected to chart in the Top 40 of Billboard’s Hot 100, which would make “The Off-Season” the first album with over 10 songs to achieve this, according to Daily Rap Facts.

Some fans believe that “The Off-Season” is the best album the rapper has ever put out, even beating his previous successes like “2014 Forest Hills Drive.” “The Off-Season 10/10, as a J Cole fan this is one of the best, if not the best album,” one fan tweeted. Cole’s stans are known to be a pretty loyal crew, and the latest record broken by “The Off-Season” proves us exactly why.

'The Off-Season' amassed over 60 million streams in one day

As soon as J. Cole’s “The Off-Season” hit the digital shelves on May 14, fans everywhere flocked to all the major streaming platforms to give it a listen — to the point where the album has just broken a huge Spotify record.

As reported by Hypebeast, Cole’s new album broke Spotify’s one-day streaming record for 2021, amassing around 62 million streams in just 24 hours. Considering that “The Off-Season” followed a three-years-long hiatus, all the hype shouldn’t be all that surprising. The North Carolina native first teased the album in 2019, during his headlining performance at Day N Vegas Festival in Las Vegas (via NME). Cole decided to go with the title “The Off-Season” for this album, but it seems like it might be part of a bigger picture, or a prelude to “The Fall Off,” per Pitchfork.

Speaking with SLAM Magazine in May, Cole explained the meaning behind the new album title. “‘The Off-Season’ symbolizes the work that it takes to get to the highest height,” Cole said. “‘The Off-Season’ represents the many hours and months and years it took to get to top form. Just like in basketball, what you see him do in the court, that s**t was worked on in the summertime.”