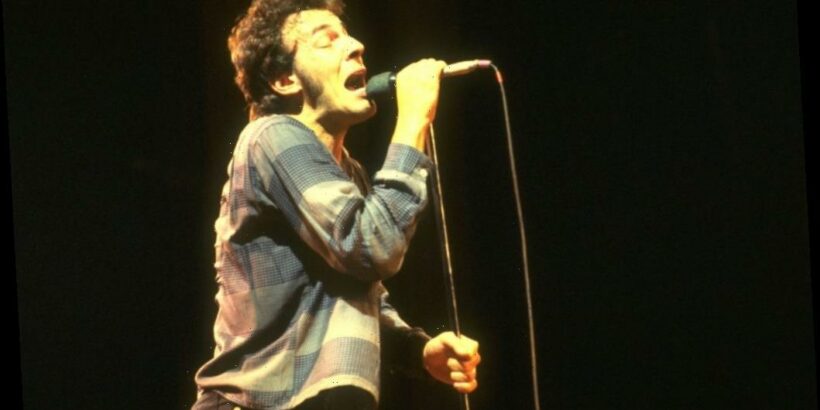 Bruce Springsteen is one of the most notable musical talents of our time — and he’s certainly been around for quite a few decades. “The Boss” made classic hits back in the ’70s and ’80s, and fans will never forget “Born to Run” and “Born in the U.S.A.”

Now, Springsteen is still performing in 2021, as he’s set to provide America with some music on the day of Joe Biden’s inauguration. So, how old is Springsteen now? And how did his career take off in the first place?

Springsteen has Elvis Presley to thank for his initial interest in music. According to All Music, The Boss was born in New Jersey in 1949 and saw Presley perform on The Ed Sullivan Show in 1956. Springsteen then got a guitar as a kid, but he didn’t start getting serious about his music until his early teen years in 1963.

“[Elvis] was as big as the whole country itself, as big as the whole dream,” Springsteen recalled, according to Biography. “He just embodied the essence of it and he was in mortal combat with the thing. Nothing will ever take the place of that guy.”

It’s a good thing Springsteen chose to focus on his music, as he wasn’t a favorite in school. “In the third grade, a nun stuffed me in a garbage can under her desk because she said that’s where I belonged,” Springsteen noted. “I also had the distinction of being the only altar boy knocked down by a priest during mass.”

By the late ’60s, he was finding his stride with his sound in New Jersey. After playing with several bands, he found his bandmates who would form the E Street Band, and he acquired his nickname, “The Boss,” for evenly distributing the money earned during shows amongst all of them.

It looks like Springsteen has difficult family dynamics to thank for pushing him in the creative direction. Springsteen’s parent were in the working class, and Biography notes his dad had trouble holding down a single job. And Springsteen delves into his difficult relationship with his father in his music quite often.

Springsteen explained how his dad shaped his musical journey during his induction to the Rock and Roll Hall of Fame in 1999. “I’ve gotta thank him, “because what would I conceivably have written about without him?” Springsteen noted. “I mean, you can imagine that if everything had gone great between us, we would have had disaster. I would have written just happy songs — and I tried it in the early ’90s and it didn’t work.”

Billboard notes Springsteen also references his dad in his autobiography, Born to Run. “He loved me, but couldn’t stand me,” Springsteen added. Eventually, the father and son were able to reconcile their relationship later on. And they remained on good terms until his dad’s death.

Today, Springsteen is 71 years old — and he’s still performing and sharing his music with those around him. He’ll be 72 in September 2021.

It seems The Boss is very aware of his age, too. “I don’t run. I can’t run anymore!” Springsteen told BBC 6 Music. “I’ll walk very fast, however, and I just generally take care of myself with the diet and exercise a little bit. … At 70, you appreciate the vitality of your creative life. I think I’ve had five years where I’ve done some of the best work I’ve ever done.”

While he also stated that people tend to lose their passion for what they’re doing over time, he stays “curious about the world” and his own talent. That keeps him “alive and vital.”

We’re excited to see what Springsteen does with his career moving forward!