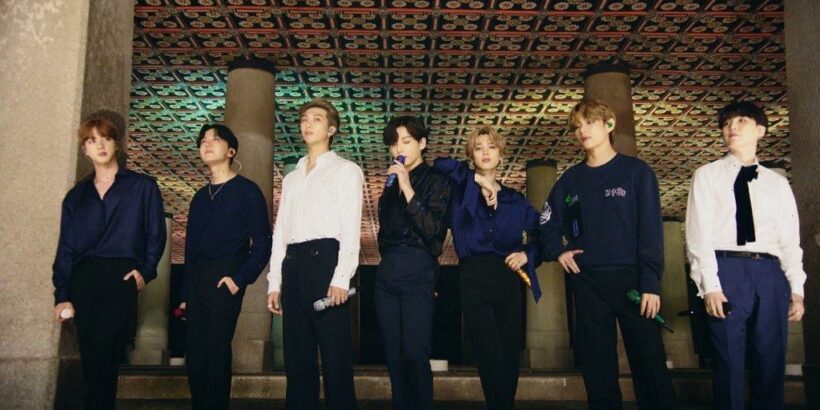 On April 17, BTS will put on “Bang Bang Con 21,” a virtual concert event. For the second annual “Bang Bang Con,” fans will be able to watch past BTS concerts for free. Here is how ARMY around the world can watch BTS’ “Bang Bang Con 21” concert livestream.

Luckily for fans, streaming BTS’ “Bang Bang Con 21” is actually quite simple. The concert event will be streamed for free on the BANGTANTV YouTube channel. There are no purchases or logins required, all BTS fans have to do is open the livestream on the channel, sit back, and watch.

What is ‘Bang Bang Con’?

Originally, Jin, Suga, J-Hope, RM, Jimin, V, and Jungkook were supposed to embark on their Map of the Soul Tour in 2020. Because of the coronavirus (COVID-19) pandemic, the world tour was indefinitely postponed.

The septet introduced “Bang Bang Con” in 2020 to give fans some entertainment amid the pandemic. The first “Bang Bang Con” took place on the BANGTANTV YouTube channel on April 18, 2020, and April 19, 2020.

The concerts that were streamed during the first “Bang Bang Con” event were:

The first “Bang Bang Con” was a tremendous success at reaching fans around the world. According to a press released from Big Hit Music, the 2020 livestream event “amassed 50.59 million views in a span of 24 hours and 2.24 million concurrent viewers.”

What is next for BTS?

After receiving a nomination and performing at the 2021 Grammy Awards, BTS released a music video for their Japanese single “Film Out” on April 1. Their Japanese compilation album BTS, The Best will be released on June 16.

While nothing is confirmed, fans of BTS know the group is working on new music, making a comeback seem imminent. Typically, announcements from BTS are posted at midnight KST. Because of this, fans will be eagled-eyed for any announcements in the hours following the end of “Bang Bang Con 21.”