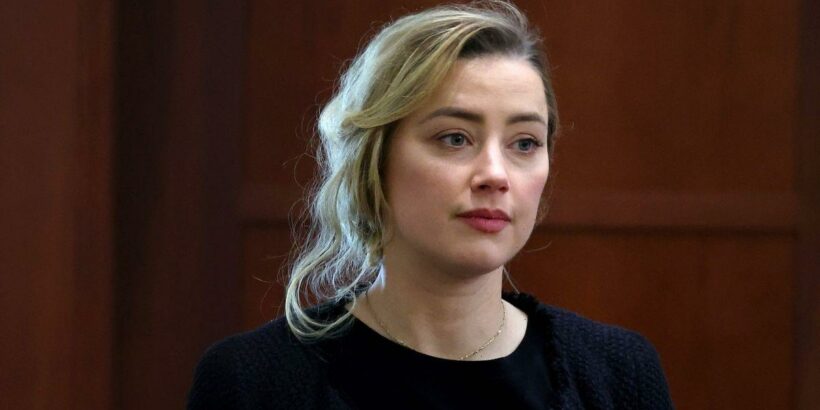 Amber Heard and Johnny Depp are locked in an intense legal battle. While Heard accused Depp of domestic violence, the Pirates of the Caribbean actor countered with defamation claims.

Before devolving into a range of messy court battles, Heard and Depp had a whirlwind romance, marrying in 2015 and divorcing in 2017 with a £5 million settlement to Amber.

As the Heard-Depp trial continues, the tumultuous relationship between the actors has gained renewed attention.

Here's what you need to know about the Aquaman actress' love life both before and after her marriage to Depp – and if she's dating anyone right now.

Who was Amber Heard dating before her marriage to Johnny Depp?

Amber Heard was in a relationship with artist and photographer Tasya Van Ree dated from 2008 to 2012.

Heard had been dating Ree when she publicly came out as bisexual in 2010 and though same-sex marriages were yet to be legal in the US at the time, Heard is thought to have considered herself married to Ree.

In September 2009, Heard was arrested after allegedly grabbing and striking Ree in the arm, during an argument at Seattle-Tacoma International Airport, according to TMZ.

Heard was arrested for misdemeanour domestic violence, but the prosecutor didn't move forward with the case.

Later, Ree issued a statement claiming that the physical altercation between her and Heard was "misinterpreted."

She had stated: "It’s disheartening that Amber’s integrity and story are being questioned yet again. Amber is a brilliant, honest and beautiful woman and I have the utmost respect for her. We shared 5 wonderful years together and remain close to this day."

Who was Amber Heard dating after divorcing Johnny Depp?

Amber Heard is believed to have started dating Elon Musk in July 2016 before splitting in August 2017, after less than a year.

The couple reunited five months after they split, before ending their relationship for a second time in February 2018. An insider told US Weekly at the time: "Amber wants her independence and prefers being friends rather than romantically linked."

Heard was also linked to Cara Delevingne back in 2016, just after her divorce from Depp. The pair have never confirmed their relationship.

In May 2018, Heard began dating art dealer Vito Schnabel. This romance was short-lived as well, ending after less than a year of dating, "because of long distance," according to a source.

Heard sparked dating rumours with cinematographer Bianca Butti in January 2020 after they were photographed kissing outside a hotel in Palm Springs, California.

Butti was spotted attending several court hearings for Johnny Depp’s defamation case against Heard in 2020 and the pair also spent Valentine's Day in 2021 together.

However, the couple split up in 2021 after less than two years of dating.

Amber Heard doesn't seem to be dating anyone right now. However, there has been some speculation about the father of her daughter, who she welcome via surrogate in April 2021.

Regardless of who the father of her baby is, a source told Page Six that Amber intends to be the sole parent for Oonagh.