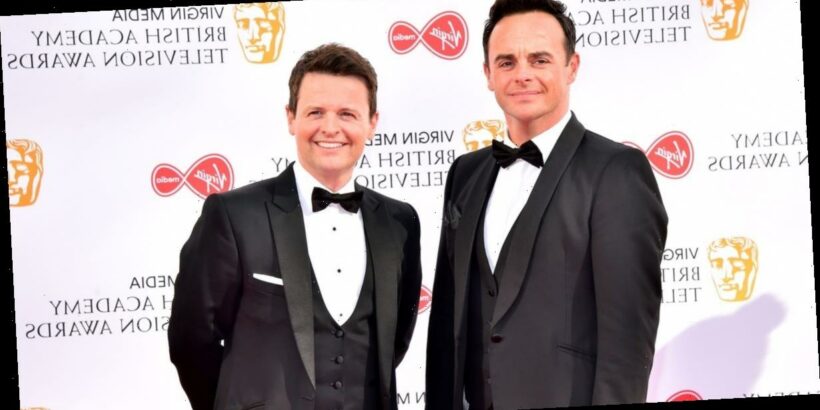 National treasures Ant McPartlin and Declan Donnelly used to be worth a jaw-dropping £124million.

And the popular presenter, who has recovered from well-documented drink and drug problems, also lost out on a reported £1.6million earnings after his 2018 drink-drive shame.

Not that Ant will be short of a few quid with a reported £20million still in the bank and his TV stock seemingly as high as ever.

His decades of work in the British TV industry has seemingly set him up for life.

Dec’s net worth remains at an estimated £62million according to Celebrity Net Worth.

Meanwhile, as well as losing half in the divorce settlement, Ant’s three-car smash in Richmond, London, earned him an unwanted £86,000 fine. He was also handed a 20-month driving ban after pleading guilty to drink-driving.

And despite Ant's problems, the dynamic duo remain the nation’s most treasured presenting double act, working on hit shows such as I’m a Celebrity….Get Me Out of Here, Britain’s Got Talent, Pop Idol and Any and Dec’s Saturday Night Takeaway.

The duo are now thought to be worth a combined £93million.

The pair have also hosted many high-profile events including the Brit Awards, which command big paydays.

And, perhaps, most interestingly the duo are believed to be insured against each other’s death, to a figure in the region of £1million.

In December 2019 they signed a whopping £40million three-year deal with ITV after fears Amazon were ready to poach them.

And it has been reported that golden-handshake deal could be extended any time soon, with Ant’s bank balance likely to swell again after a tough couple of years.