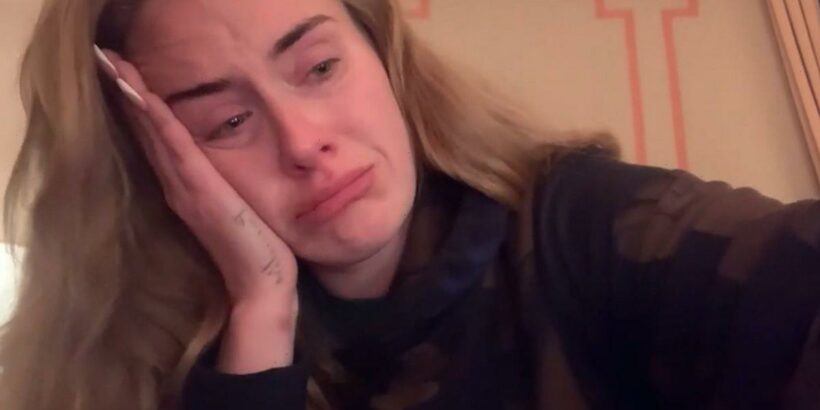 Adele and Sam Smith are apparently the same person, according to a new bizarre conspiracy theory that has gone viral.

Fans of the pair argue they have never seen the two singers in the same room and argue there are some other striking similarities between the pair.

This comes to light after Adele's recent struggles with her Las Vegas residency being cancelled due to delays caused by Covid-19.

The devastated singer was due to rake in millions from the string of concerts which were to be taking place at Caesars Palace.

Her loyal fans had already flown in from all over the world before finding out she will no longer be performing.

In attempts to cushion the blow, Adele was FaceTiming fans who were left gutted by the news.

However, according to a wild conspiracy theory, some fans actually believe that Adele and Sam are the same person.

This came an Adele fan discovered that by playing her tune Hello at a slower speed, the song sounded exactly like it was being performed by Sam's voice.

The viral post went all over social media and sent other fans into a meltdown, leading to others finding more similarities between the two.

Others stated that the two British musical icons had never been publicly spotted in the same room together, backing up their crazy conspiracy.

One fan wrote: "Anyone notice that Adele isn’t at the Grammys this year? It’s because Adele and Sam Smith are the same person and you’ll never see them both in the same place at the same time."

Shortly after, another added: "Did you know that when you slow down Adele it’s actually Sam Smith," the Twitter user wrote.

A fourth joked: "So we can listen to Adele's original and Sam's cover on the same vinyl. What a time to be alive."

However, this soon came to an end when another fan tried to speed up a Sam Smith song, and it didn't really match Adele's powerhouse vocals.