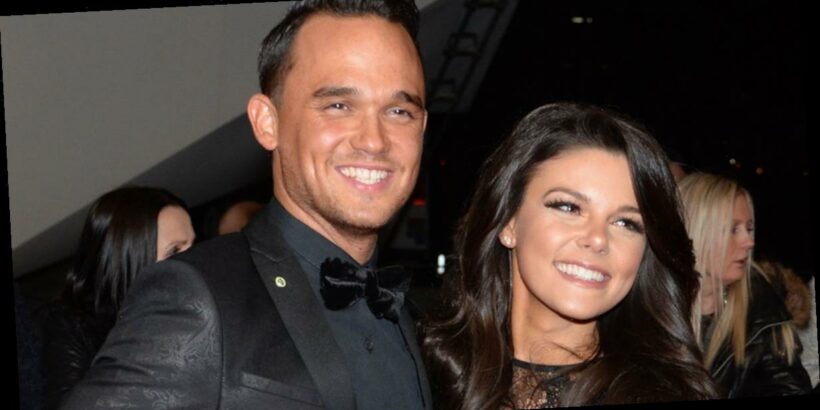 Coronation Street babe Faye Brookes is set to skate onto our screens on Dancing on Ice on Sunday night for her first competitive routine.

It's the first time she'll be on television as the real her, rather than as a character, after playing Kate Connor on Corrie between 2015 and 2019.

On the Cobbles, Kate was a lesbian and suffered heartbreak when her fiancée Rana Habeeb (Bhavna Limbachia) was killed in the Underworld factory roof collapse.

And while Faye's real life love-life isn't quite as dramatic or devastating, it's certainly colourful.

She's now loved-up with her personal trainer boyfriend Joe Davies, but ahead of her Dancing on Ice debut, Daily Star is taking a look back at her past romances.

Faye Brookes and Gareth Gates met in 2012 while they were appearing in Legally Blonde: The Musical together.

She played the lead role of Elle Woods, while he starred as her former love interest Warner.

It wasn't until August 2013 that they went public with their romance though.

Six years later, in September 2018, they announced they had split up.

Faye tweeted at the time: "Unfortunately Gareth and I are choosing to take some time apart. We remain the very best of friends. We'd like to thank you for all your support over the years."

Meanwhile, Gareth tweeted an identical statement, subbing out his name for Faye's.

However they had reunited by November 2018, and decided to take things to the next level with a seriously romantic gesture from Gareth.

In January 2019, four months after they announced their split, Faye and Gareth shared the news that they were engaged, after a seriously romantic proposal in New York over the New Year.

The former Popstars runner-up is said to have serenaded Faye with a self-written 17-minute song, before getting down on one knee.

At the time, a source told The Sun: "They'd been together a long time and the split was a bit of a blip, but they've totally got over it and now they want to plan their future as a couple."

After Gareth and Kate got engaged, they posed for a sizzling swimwear shoot with OK! magazine.

In it, Kate revealed a subtle tattoo tribute to her singing boyfriend.

The brunette beauty could be seen in a bright white one-piece swimsuit, which gave a hint of sideboob thanks to low-scooping arm holes.

But that wasn't all it revealed, as an elaborate "G" tattoo could be seen high on Faye's ribs.

She told the mag: "I've always wanted to have his initial somewhere on my body, it represents that we're together for ever!

"I decided to get it on my ribs as it's the closest place to my heart."

Sadly for Faye, it wasn't forever.

Gareth stood next to Faye in the shot, revealing his rippling abs under an open shirt.

Faye reportedly had a fling with her Coronation Street co-star Sam Robertson while she was on a break from Gareth Gates.

It was said to be "the talk of Coronation Street", however it didn't lead to anything long-term as Faye wanted to make things work with Gareth.

After she came clean to Gareth, it's said that it was "too much" and was a factor in their split.

At the time, a source claimed to The Sun: "Sam was a good friend and a shoulder to cry on. Before they realised it, one thing had led to another. But Faye was keen to make things work with Gareth and put a halt to things with Sam going any further.

"She wanted to be honest with Gareth and confessed what had happened while they were apart. He thought he could get over it but, in the end, it was simply too much."

In August 2019, eight months after their engagement, Faye and Gareth split up again – this time for good.

Actress Faye shared a number of cryptic posts on Instagram about trusting her "gut feeling", while a source told The Sun that even though she'd been excited about their upcoming wedding, "deep down she knew it wasn't right".

It was reported that Gareth had "issues" about Faye's work plans after leaving her Corrie role, with sources claiming he was "desperate to manage her", while she "really wasn't keen".

To add salt to the wound, Gareth reportedly asked for the £30,000 engagement ring back.

Faye went public with her new man Joe Davies – a fitness influencer and personal trainer – a few months after she and Gareth called off their engagement, in December 2019.

They've been going strong ever since and regularly share snaps of each other on their social media platforms.

However she previously denied their romance when photos emerged of them together, writing on Twitter: "I imagine that suggestions could be made from these pics that there is more to this. There isn't."

It turns out there was, and they've been together ever since.

Earlier this month, Joe gushed over his "beautiful superstar" of a girlfriend, sharing a snap of them on an ice rink in Manchester.

He wrote: "She has worked so damn hard these past few months learning her way around a pair of skates. I am unbelievably proud of you."

Dancing on Ice continues Sunday night at 6pm on ITV