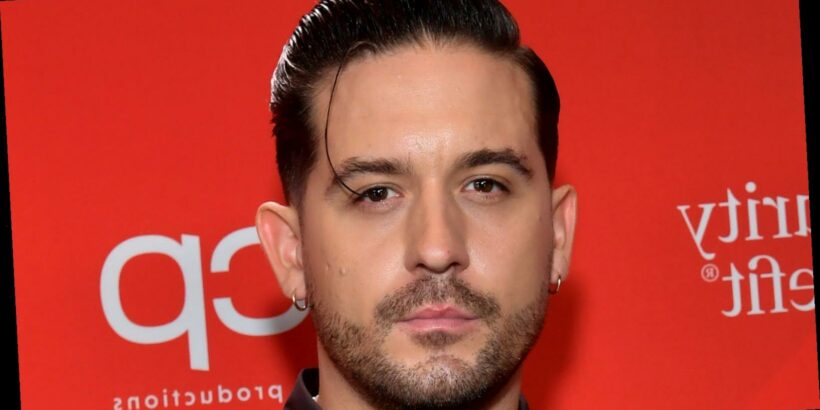 G-Eazy’s love life is just as tumultuous as any other rapper. The “I Mean It” crooner’s track record with the ladies is rather impressive — from Lana Del Rey to Halsey, there’s truly no limit to G-Eazy’s eye for beautiful and talented women. In February 2020, the rapper even became the center of dating rumors when an NSFW video dropped of him getting cozy with fellow rapper Megan Thee Stallion, according to People.

Since both rappers cleared up the bizarre rumors, G-Eazy has been romantically involved with actor Ashley Benson. The two sparked dating rumors back in May 2020, shortly after news broke of Benson’s split from girlfriend Cara Delevingne, per Teen Vogue. A source told E! News at the time, “They connected after working together recently, but have been friends for awhile now and also have a few mutual friends.” The two later confirmed their relationship via Instagram in October 2020, sporting their Batman and Catwoman costumes. In December 2020, the “Down” rapper posted a sweet message on Benson’s 31st birthday. “Happy birthday beautiful [heart emoji],” he wrote in the now-deleted post, per Complex. “@ashleybenson I love you to the moon & back.”

Unfortunately for G-Eazy, it seems that the lover boy won’t have a Valentine in 2021. Read on to find out what’s really going on between G-Eazy and Ashley Benson.

Joining the list of celebrity breakups are G-Eazy and Ashley Benson. In early February 2021, E! News reported that the two split after dating for less than a year.

Although the couple had a sweet start to their relationship, an insider claimed to Us Weekly that things went from bad to worse between them quickly, leading to Benson calling it quits. “Ashley and G-Eazy fell hard for each other fast. Everything moved very quickly, and they were obsessed with each other. Recently things took a hard turn for the worse,” the source alleged. “They were arguing all the time and it wasn’t good for either of them. Ashley is the one who ended things.”

News of G-Eazy’s split from the Pretty Little Liars alum came soon after Internet sleuths realized that the two were no longer following one another on social media. Additionally, G-Eazy deleted his birthday tribute to Benson. Yikes, it appears things didn’t end well for these lovebirds after all.