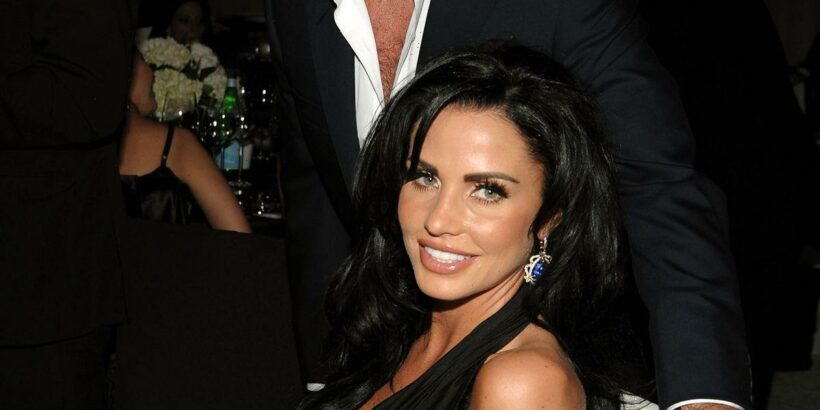 Page 3 icon Katie Price and Britain's Got Talent judge Simon Cowell might seem like an unlikely pairing – but they have actually been pals for more than 20 years.

And once a bit more than friends – Katie has spoken candidly about the night she spent in the music mogul’s bed and how she loved his manly chest hair.

And while they didn’t have sex, she said, they “had fun” and he chivalrously escorted her to a taxi home the next day.

Katie, 44, and Simon met when she was a teenager and hoping to break into the music industry.

But it was only in 2019 that Katie revealed all about their night together. She spent the night at his London pad after meeting at an awards bash and Katie said it was the first time she had been with “a proper man”.

“We kissed and I ran my fingers through his chest hair,” she recalled. “We were both at the Comedy Awards and I was single at the time. I’d had a lot to drink and he invited me back to his place.”

Francine, 46, did a killer impression of “Pricey” on the show and Katie actually rang in to say she approved.

She said: “I think it is amazing what Francine has gone through, I am a big fan of hers, she is so good at her impressions.”

Simon replied: “I know you very well Katie, I wish I knew you better.”

A surprised Katie turned to the impersonator and asked: “Are you up for that Francine?”

And Simon quipped back: “Well two of us are anyway.”