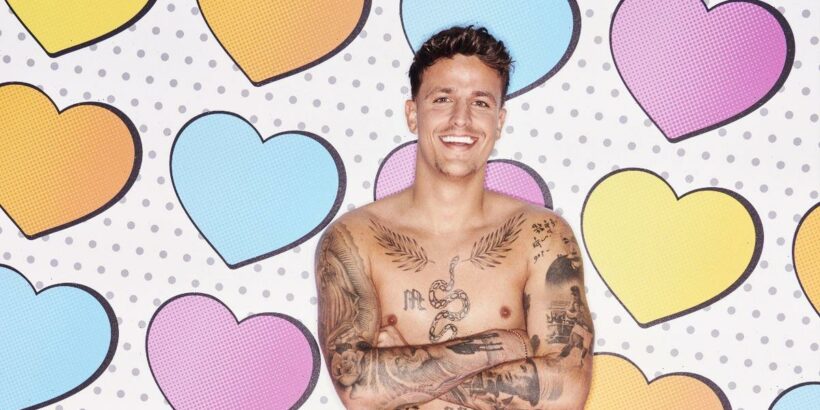 Although Gemma has made a name for herself as she's an international dressage rider and has her own swimwear business.

The pair were going strong in the Spanish villa up until the 19-year-old's ex-boyfriend Jacques arrived as a bombshell.

Since then, we've seen Gemma pull back slightly from Luca as she told him she wanted to slow down their relationship.

It seems that Luca is smitten with the brunette beauty as after a brief spat he admitted all she had to do was smile for them to be back on track.

Although unbeknown to him, he's dating a celebrity's daughter, and it's not the first person that Luca has been with in the limelight.

The fishmonger revealed that last year he was with YouTube and Strictly star Saffron Barker.

Both from Brighton, Luca told Metro that they used to go to the same school as each other.

He said: "I think she had just come out of a relationship. And then yeah, that was it. We just kind of hit the ground running a bit. We still remain really good mates."

The 23-year-old revealed that they called it quits on their brief romance due to him working nights and her busy work life.

Saffron is a 21-year-old YouTube who has since gone on to star on many TV shows and has had her own collections with clothing and makeup brands.

Although he didn't go to Saffron for any advice ahead of entering the villa, she showed her support for her former flame.

Once it was revealed on his Instagram that he'd be a contestant on Love Island, the Strictly star commented: "Good luck Luca” followed by a red heart emoji."

Before his brief fling with Saffron, Luca was in a long-term relationship with tattoo artist and influencer Sophie Floyd.

The 22-year-old shared a candid video on her YouTube channel revealing all about their four-year-long relationship when it ended last year.

At the time, she said: "It's a lot. I've been dealing with that and all the things that come with that. Very sudden, very unexpected, weird."

Sophie revealed they had been together since they were 17 and were "best friends" as they grew up with one another.

Speaking about the break-up in the video, she said: "It feels very similar to grief that I've felt before. He's maybe not who he was and he's maybe not who I thought he was as well, which is f*****g hard to deal with."

Although she wasn't holding back when she spoke about how the relationship ended as she said Luca "f***ing hurt" her.

She continued to say he was massively disrespectful to her towards the end of their relationship.

Despite her admitting Luca hurt her, she told her followers she wouldn't say a bad word about him as she wanted to just move on from it and remember the good times.