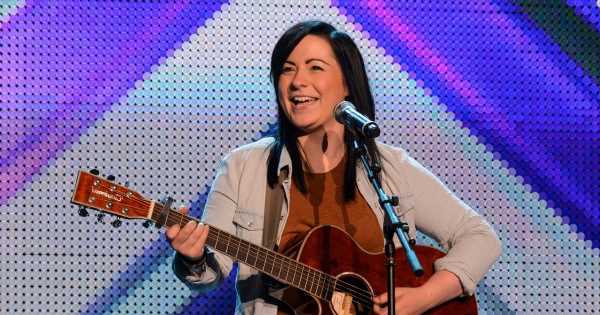 The star, who turns 30 today (July 21), decided to shape up and ditch her unhealthy lifestyle in order to focus on her fitness, shortly after mutually finishing with her ex-wife Georgina Gordon in 2019.

Since then the singer, who first shot to fame on the ITV talent show, has continued to update her followers on her ongoing transformation process.

Lucy has always been open with her fans about how she's got from A-B and prides herself on being "totally transparent".

Never one to hide the truth, Lucy has also admitted to making plenty of mistakes when starting out on her fitness journey.

After her break up the star chose to go tee-total and ditch the booze, resulting in her losing a whopping three-and-a-half stone.

These days she's living live alcohol-free and has finally grown her confidence up to the level she deserves.

On a 10-year before and after post on Instagram, Lucy wrote: "I’ve always overcompensated for the confidence I lacked, I struggled with (and when I say struggled with I mean, didn’t have any) body positivity and my weight my whole life.

"I drank to be the life and soul of the party, get the most laughs, shout the loudest, make sure I was never in a position where I looked weak.

"I felt so vulnerable when I took away booze. Like my armour had fallen off mid-battle…

"But it changed very quickly. I feel stronger now than I ever have. And I say it quietly now, but I mean it: I don’t give a f*** what anyone thinks."

Alongside her passion for music, Lucy is now a qualified personal trainer and wants to help others follow in her footsteps.

Last year, Lucy set up her own fitness-inspired brand Fully Rewired, which acts as a paid-for fitness platform to help fans shape up and access the help of nutritionists and gym experts.

She told PA: "All I want to do is guide people on the same journey I have been on, that I am still on, but without all the mistakes."

In the hope of preventing others from making the same errors she did, Lucy went on to explain that at the beginning she rationed herself to just 500 calories a day.

The recommended amount for a woman is 2,000 calories, so this was most definitely an unhealthy and unattainable way of shedding pounds.

"At the beginning, I was eating 500 calories a day, which is not enough for an adult human being," she added.

She has also wanted to give fans a true picture of the aftermath of her weight loss and has been honest about the loose skin that is left behind.

Unlike other celebs that often share only the airbrushed results of their journeys, Lucy wanted to make it clear that everything was not picture-perfect.

Lucy said: "I wanted to be totally transparent that that is what happens – you get loose skin.

"I did it and I realised that something that happens a lot is that your boobs become empty bags of skin because you have lost the body fat."

The star also decided to share her feelings behind wanting to get a boob job.

Lucy opted for a 34D bust and following her op, she said she felt absolutely incredible after previously feeling so insecure about her breasts saying since losing the weight they looked "like udders".

The talented musician has also come under fire for apparently taking it too far, says some of her fans.

Recently, Lucy posted a picture of herself with shredded abs and wrote: "I remember when I posted this a man said ‘you look like a man’ and a woman said ‘you’ve taken it too far’.

"Well, guess what?! Both comments were wrong.

"Both comments were uncalled and unasked for too.

"I looked ace, but I was consistently low on energy and light-headed pretty often.

"Absolutely no regrets from me, constantly living and learning, embracing and adventuring.

"I’m about 2kg heavier than this at the moment and feel balanced, energetic, mindful and well adjusted to it, but forever changing and who knows what form I’ll be in another year.

"I really fucking love this journey I’m on in my body, mind and soul and I’m grateful to those of you that have been there along the way!"