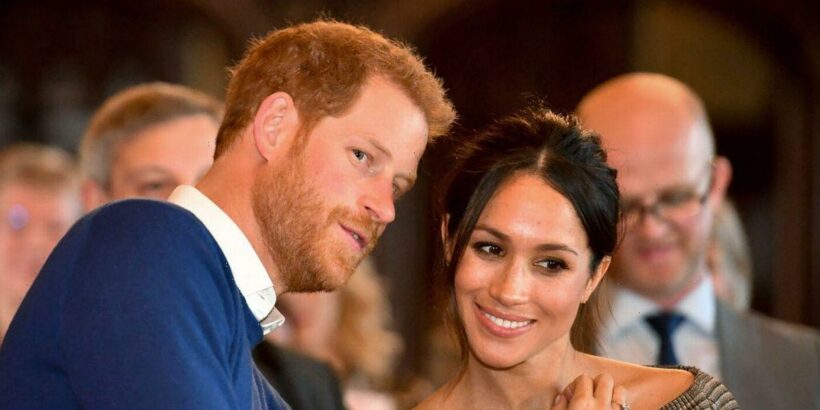 The nine-bedroom home has 16 bathrooms and boasts hiking trails into the Santa Ynez mountains.

The property looks over the Pacific and includes a gym, spa, cinema, tennis court, a pool, a shed for rescued battery hens and even has a separate guesthouse for when the couple have visitors.

The Sussex's children Archie and Lilibet even have their own play area too in the mansion.

The Time reported, estate agents have said the value of the home has soared with one adding that the property might now be worth almost three time what they paid.

Harry and Meghan's combined personal wealth could be close to £100 million after the California mansion's value skyrocketed.

Randy Solakian, an estate agent with Coldwell Banker Global Luxury, said the couple purchased the property at right time and got “a bargain.”

He said: “It would have been really ugly if they’d paid $40 million [£30 million] for it, which is what it’s probably worth, but I would say they got a bargain.”

Sandy Sahl, an agent with Sotheby's International Realty, added that the mansion would probably sell for "at least double" what they paid after the property market in Montecito has gone "crazy."

The home nearby to the Sussex's estate was on the market for $21 million and Sahl added that is wasn't "nearly as nice."

During the couples interview with Oprah Winfrey in March, Prince Harry revealed he had been financially cut off from his family.

However, he did not go into detail but he did receive around £2.5 million a year from his father, Prince Charles through the Duchy of Cornwall.

The couple also have a £18 million with Spotify to deliver podcasts.

Prince Harry inherited about £23 million after his late mother Princess Diana was killed and from the Queen's mother, while Meghan brought £3 million to their marriage, after having an acting career.

In total the couple is believed to be worth £96 million.