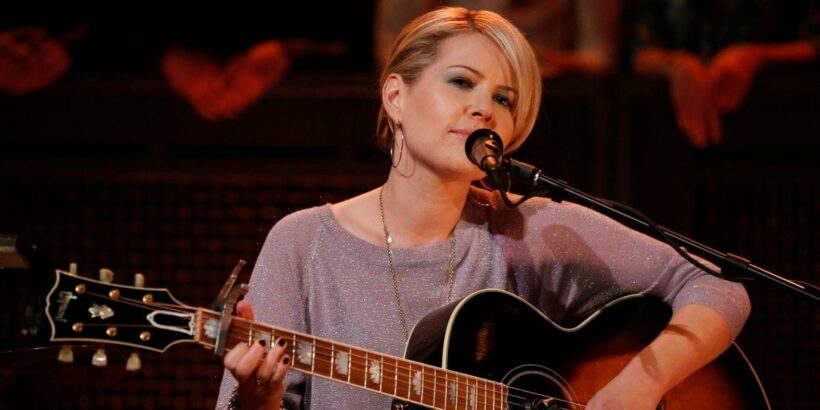 Award-winning singer Dido achieved international success and a legion of fans when she released her debut album, No Angel in 1999.

Having mesmerised the world with her unique, sensual voice, Dido's popular singles Here with Me and Thank You catapulted her to a newfound level of stardom.

Collaborating with rap icon Eminem for the song Stan in the year 2000 only solidified her popularity, with her album later selling over 21 million copies worldwide.

Throughout the course of her career, the blonde bombshell was also the recipient of several awards, including two Brit Award and the MTV Europe Music Award for Best New Act.

However, Dido's third studio album, Safe Trip Home released in 2008, didn't hit the sweet spot like her previous two and she gradually started to pull away from performing live and the limelight altogether.

So, as Dido celebrates her 50th birthday today, Daily Star has taken a look at what she's up to now.

Dido was born on Christmas Day as Florian Cloud de Bounevialle Armstrong, and is the sister of Rowland Constantine O'Malley Armstrong, better known as Rollo.

Rollo is a successful record producer and is part of the electronica trio Faithless, and helped sparked Dido's entry into the music industry.

Dido hit out at her parents for her unusual name, saying in 2001: "To be called one thing and christened another is actually very confusing and annoying. "

She added: "It's one of the most irritating things that my parents did to me. … Florian is a German man's name.

"That's just mean. To give your child a whole lot of odd names. They were all so embarrassing. … I thought it was cruel to call me Dido and then expect me to just deal with it."

Dido and Rollo worked together frequently during their music careers, with Dido often offering her voice to their music for colloborations.

Although she was still riding high in her career at the time, Dido decided to stop touring and eventually quit live performances altogether.

In an interview in 2019, the star discussed her career and admitted that her schedule was jampacked and she was extremely busy after working consistently for six years.

But when it was time to step back from her hectic work schedule, she didn't expect her hiatus would last so long.

Speaking openly to Stuff, the star said: "I really didn't plan on stopping.

In 1999, after releasing her first album, Dido broke up with her first fiancé, entertainment lawyer Bob Page, after a seven-year relationship.

However, the Thank You singer found love once again with London-based author and screenwriter Rohan Gavin.

The pair tied the knot in 2010 and welcomed their son Stanley Gavin in July 2011.

Dido and her family live together in North London, not too far from where she grew up.

The singer previously said: "I have been having a lovely time, being with my family, seeing friends, seeing the world.

"But the music never stopped. I am always singing, always writing songs. Music is how I make sense of the world. I just stopped playing it to anyone but my family."

Although things appeared to be fairly quiet on her end, Dido has continued to release music.

In September 2010, Dido unveiled the single Everything to Lose via digital download, after it featured on the soundtrack of the film Sex and the City 2.

She also went on to release her Greatest Hits album which included a compilation of her old material and remixes to some familiar songs.

In early 2019, Dido signed to BMG and released her fifth album and began her first tour once again in May 2019.

Later on that year in October 2019, Dido was featured on her brother Rollo's The Last Summer album, which was released under the alias "R Plus". The album reached number 96 on the UK Album Sales Chart.

Dido has continued to update her fans on her live performances, however, things seem to have come to halt due to the coronavirus pandemic.