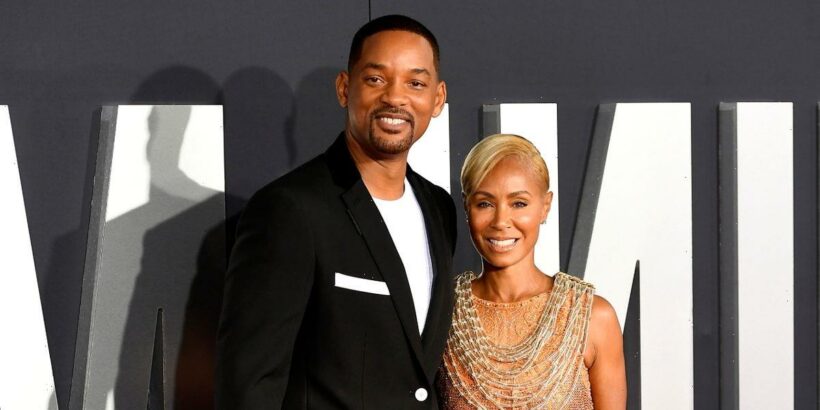 Will Smith and Jada Pinkett-Smith are one of Hollywood's most legendary couples so yep, you're right, after years of raking it in through various film deals – they've secured one hell of a luxury pad.

Or should we say, one of many…

As the famous duo have been known to secure multiple properties around the globe, but as Jada marks her 50th birthday – Daily Star has taken a look at where she's spending most of her time these days.

With the success of her online chat dow Red Table Talk, which she hosts with her mother Adrienne Banfield-Norris and daughter Willow Smith, along with a revolving door of A-list guests, her Calabasas home is where she set up 'studio'.

The mansion is 25,000 square feet and sits on 150 acres of land, so it has its own zip code. Although there is so much room, Will still complains that “Jada doesn’t recognize it as a house” since she took it over with her Red Table Talk.

When talking to Jimmy Kimmel about why she chose her home as a base for her talk show, she said: "I think it’s nice because people actually get to come to the house,” Jada said. “It feels like more of a conversation. It’s not really a talk show. It’s a storytelling show.”

Although the estate is massive, the pair made sure it had a “homey” feel.

The house took seven years to build and in an interview, he once revealed: “Everything needed to be done by hand.

"We wanted to feel the love and labour that went into every piece of this place.”

Their home has handcrafted details from India, Africa, and various items from around the world.

The Fresh Prince of Bel-Air star lives there with his actress wife and their children Jaden and Willow.

The neighbourhood of Calabasas boasts celebrity residents that include the Kardashians and Jenner family among a long list of other famous residents.

The estate was fully completed in 2010 and has some seriously cool outside facilities, including basketball, volleyball and tennis courts, an outdoor pool and its very own lake.

Inside the house is no less impressive with it boasting a whopping nine bedrooms, a meditation lounge, pool room, home theatre and even a recording studio, where Willow recorded her pop hit Whip My Hair.

From just walking inside the house, the pair decided to make a big impression with a lavish grand entrance, featuring a carved wooden door that was restored from a fort in Northern India.

One Christmas, Jade even sweetly installed a fake snow machine outside the entrance, alongside propping up a giant Christmas tree in the hallway.

During the pandemic, Will was locked up in the house a lot more than he has ever been before and ended up working a lot from home.

This urged the star to conduct his Zoom chats from the comfort of his man cave, where he was able to project them onto a large screen on the wall.

The lad's lair also came complete with top of the range music equipment and sporting goods.

During lockdown, of course, gyms were also closed with resulted in a lot of people opting for home workouts. But not many probably quite as slick as Jada's as she lycra'd up in her home.

Since Jada has been in the spotlight she's always done her best to keep up appearances and stay in shape, while encouraging her family to lead healthy lifestyles too.

The actress offered a sneak peek inside the family kitchen when she worked out on their polished wooden floor, which also showed off an intricately carved island unit in the backdrop.

The family have also gone on to utilise space in one alcove by installing a big carved wooden cabinet and bookshelf that has been filled with quirky reading material and letter filing trays.

As the chat show host goes on to celebrate her milestone birthday this week, she will also be buzzing about a recent proud parent moment after 20-year-old Willow made it onto Times 100 Most Influential People of 2021 list.

Jada, her mother, Adrienne Banfield Norris, and Willow were all named in the Innovator category for their work on Red Table Talk.

The Hollywood actress shared the news with her fans with an Instagram post and wrote: "Woke up to this wonderful news.

She then added: "Humbled to join this list with @willowsmith @gammynorris — thank you @time and my girl @tiffanyhaddish who is full of so much sweetness and love and ALWAYS puts a smile on my face."