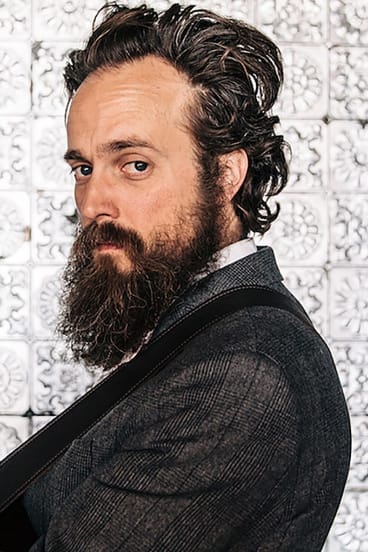 When I last saw Iron & Wine at the Corner Hotel a decade ago, it was standing only, insufferably hot and, after one hour of oh-so-mellow melodies, I was struggling to stay upright.

Since then, I've used Sam Beam's music to help me get to sleep. So I was quietly concerned when I opted to attend the second sitting (the band played at 6.30pm and 9.30pm) to see him at the seating-only Melbourne Recital Hall, a venue where I have previously enjoyed some great naps. On the upside, I reasoned I could do with the sleep.

Alas, it would not be so. "I saved the best shit for the second show," Beam told the crowd.

The band's carefully paced set alternated between warmth and intensity. The low-lights were the opening song and the encore: quirky cacophonies in the worst tradition of My Friend the Chocolate Cake.

But most of the show was pretty damn fine, blending folk tunes that built to wall-of-sound climaxes (with the help of two backing singers) and more eclectic, energetic numbers with occasional echoes of the Police's Synchronicty or Loudon Wainwright's quirky genius.

Beam's easy charm and chuckling added to the intimacy of the evening. As the crowd "woo-wooed", he urged us on: "Keep woo-wooing – wooing is like throwing fuel onto a musician's fire." We obliged.

As a folk-head but only a middling Iron & Wine fan, I felt Beam was at his best doing acoustic favourites such as Naked as We Came. Putting aside the few songs that didn't quite work, it was a strong performance. I didn't get a snooze in. But, with eyes open and soul drenched in melody, Beam had me dreaming.