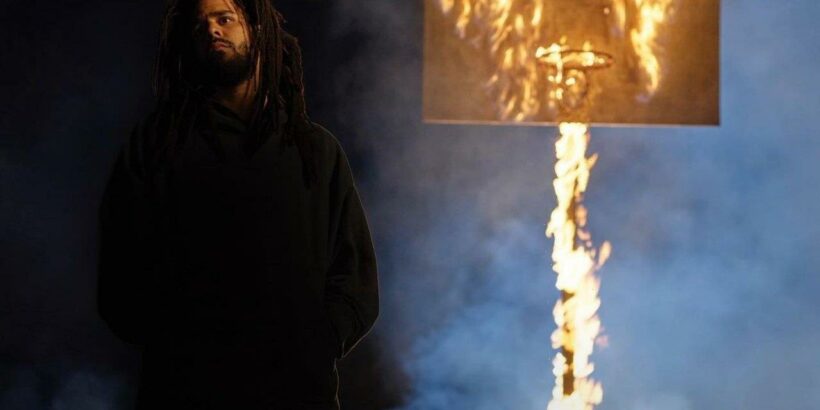 Trailing behind at No. 2 is Nicki Minaj’s ‘Beam Me Up Scotty’ mixtape that bows at the position with 80,000 equivalent album units earned in this week’s chart.

AceShowbiz –J. Cole‘s “The Off-Season” lands at No. 1 on the Billboard 200 albums chart, marking the artist’s sixth No. 1 album. The set, which was released by Dreamville/Roc Nation/Interscope on May 14, earns 282,000 equivalent album units in the U.S. in the week ending May 20, according to MRC Data.

Off the number, SEA units comprise 243,000, totaling 325.05 million on-demand streams of the album’s 12 tracks. It marks the biggest streaming week for an album in 2021, surpassing Morgan Wallen‘s “Dangerous: The Double Album” that debuted with 240.18 million streams. With the number, “The Off-Season” also marks the biggest week for a hip-hop release in 2021 so far.

Trailing behind at No. 2 is Nicki Minaj‘s “Beam Me Up Scotty” mixtape that bows at the position with 80,000 equivalent album units earned. Meanwhile, Moneybagg Yo‘s “A Gangsta’s Pain” dips from No. 1 to No. 3 with 55,000 equivalent album units earned. Morgan Wallen‘s “Dangerous: The Double Album” also falls two rangs from No. 2 to No. 4 with 53,000 units.

Dua Lipa‘s “Future Nostalgia”, meanwhile, stays steady at No. 5 on the chart after earning 41,000. Marking another debut this week is The Black Keys‘ “Delta Kream” that arrives at No. 6 with 35,000 equivalent album units.