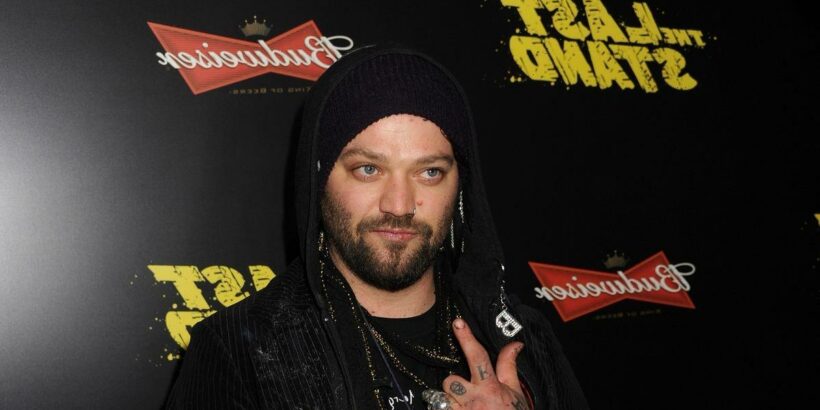 Jackass star Bam Margera is reportedly missing from a Florida rehab facility that he wasn't allowed to leave, TMZ reports.

The publication obtained a Delray Beach police report, which stated that the facility manager reported the star missing on Monday (June 13).

He said Bam was unhappy with the services provided so decided to leave.

The report stated that Bam was leaving to go to another facility in the area, and left in a black sedan.

Bam was at the facility under a court order, with staff concerned he appeared to be quitting without the go-ahead from officials.

Staff did report, however, that Bam didn't appear to be a danger to either himself or others – but police searching for him haven't yet located the star.

He broke his wrist and elbow in a skateboarding accident a month prior, and laid blame on the rehab facility for failing to set up his physical therapy appointments for the injury.

It comes just days after what would have been his co-star Ryan Dunn's 45th birthday.

Bam posted a snap of the pair together on social media, writing: "A best friend is hard to find, difficult to leave and impossible to forget. Happy Birthday Ryan."

Bam and Ryan were known to be best friends, though his pal sadly died on June 20, 2011 after a horror car crash.

Family and friends are said to be working on returning Bam to the facility.

Bam's latest social media post, however, came yesterday (June 14), when he shared a snap of him with his "new AA sponsor", captioning the picture of them bumping fists: "MMA fighter, chiropractor and ten years sober Dominick, is my new AA sponsor."

Bam was famously cut from the Jackass Forever and Jackass 4.5 cast midway through filming after failing a drug test.

He later filed a $9.65 million lawsuit against the producers of the film in which he claimed to be owed millions by the franchise.

The Viva La Bam star also alleged that Jackass was the reason for his struggles with drugs, sharing in a legal document: "I did not have any issues with addiction and drug use until I began my involvement… with the Jackass franchise."

This is a breaking showbiz story and is being constantly updated. Please refresh the page regularly for the latest news, pictures and video.

You can also get email updates on the day’s biggest celeb stories straight to your inbox by signing up for our showbiz newsletter .

Get all the very best headlines, pictures, opinion and video on the day’s top showbiz stories by following Daily Star every time you see our name.

Keep up-to-date with your must-see showbiz stories, features, videos and pictures throughout the day by following us on Facebook at facebook.com/DailyStarShowbiz