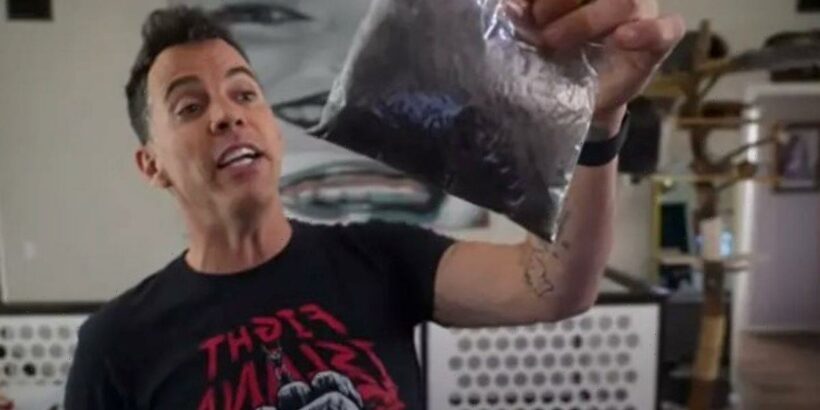 Steve-O, Jackass star, has made an urgent plea for men to donate their pubic hair to him.

The stuntman, whose real name is Stephen Gilchrist Glover, wants to add to his collection, which he has been building for two years, so he can create a Bigfoot costume.

He took to YouTube to make the strange request with fans and any hopefuls who would be willing to offer up their pubes for his 'Sasquatch' suit which has been a dream of his for years.

Steve-O is also accepting body hair as well if you have enough to spare for his special quest. The star wrote: "I've been shaving and saving my pubes and body hair for over two years, with the goal of making myself a 'Sasquatch Suit'.

"Since I need such a massive quantity, I'm having a meet-up tomorrow (Thursday, June 17) at 5pm PST in Carlsbad, California for dudes who are sporting lots of pubic hair, to shave and save for my suit.

"I will post the specific location tomorrow morning at 10am PST.

"For more about this project, hit the link in my bio!"

The 46-year-old warned anyone who wanted to join the shaving meet-up would need to bring their own clippers with them and said ladies couldn't come, most likely for 'ease of access'.

Steve-O revealed he has only managed to save one sandwich bag of his own pubes and body hair so far over the past 24 months and realised he's going to need help in the humungous task.

The retiring entertainer headed to Phoenix, Arizona, where he approached men on the street and asked if they'd like to donate to his cause.

He then whipped out his electric razor and shaved them right there and then.

But even with the spontaneous requests on the street, it didn't give him much to work with, so he decided to organise a special event where men could visit and offer up their hair themselves.

Those who want to take part should 'pay close attention' to his Instagram for more details as they are released.

Earlier this year, the star revealed how a doctor had to paralyse him from the waist down for him to perform a stunt for Jackass 4.

He said a doctor, who dressed up as a clown, inserted a four-inch needle into his spine to inject a drug that would paralyse him as he was sprinting.

He revealed it led to "all kinds of terrible s**t" happening to him.