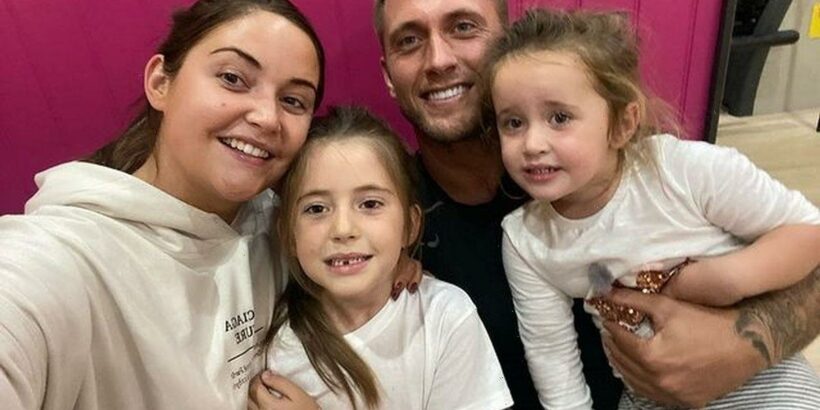 Former EastEnders star Jacqueline Jossa has provided fans with an update on why she decided to turn her back on this year's National Television Awards for the first time in a decade.

The jungle winner -who is never one to shy away from the star studded event alongside TOWIE husband Dan Osborne – ditched the glitzy affair for bowling with the family instead.

Taking to Instagram stories, Jacqueline informed her fans for the reason behind her unusual absence.

Posting a picture of herself, her hubby Dan and their two girls, the star penned: "We decided not to go to the NTAs this year, first time in ten years I haven't been.

"I just really feel so tired and needed some family loving…my girls are everything. Bowling was worth it," she added.

She also informed her supporter that she will attend the ceremony in 2022.

The star continued: "I'll be on it next year but I just didn't fancy it.

"Wow ten years of NTAs. I've been here a while Ay!"

Last week, the I'm A Celeb babe told The Mirror that lockdown helped to bring her family much closer together and has improved her relationship with Dan.

She expressed candidly: "Yeah, I think it was good for everybody. It was really nice to be with our kids so solidly like that. It was not long after the jungle, where I’d had a month without them, so I really embraced it."

It was a special time for us all. Even the home-schooling was quite enjoyable. As a working mum, I don’t normally get to do that.

The mother-of-two also spoke openly about the importance of self-care.

"It’s important to take time for yourself. Self-care and self-love are good for you – even if it’s just taking time out for a long bath," she explained.

On Thursday night, Coronation Street swept the board at the NTAs – scooping all three soap prizes on offer.

The best newcomer award was handed to child star Jude Riordan, who plays the son of Nick Tilsley.

Speaking to Metro about his win, the young chap said: "I don’t know what I feel – excited, it’s like watching the TV but I am actually here.