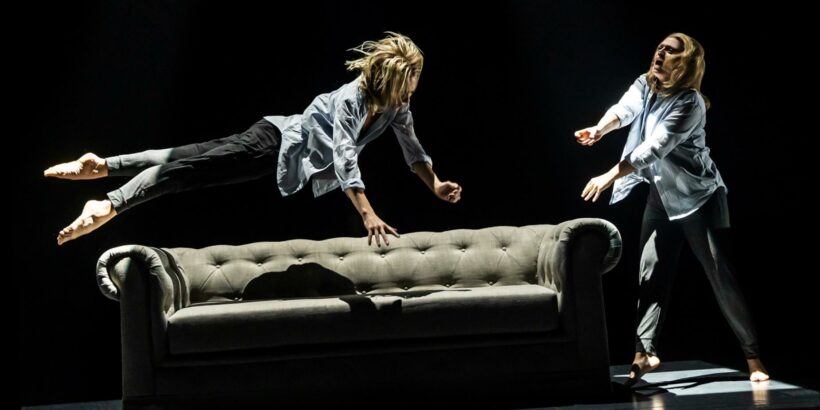 Jagged Little Pill, the rock musical adaptation of Alanis Morisette’s 1995 smash album and other original music, was a hit on Broadway when it was forced to close due to the coronavirus pandemic on March 12th. Since then, the show’s cast — still on hiatus as restrictions remain on gatherings in enclosed spaces — has continued to perform for fans when possible, including a Jagged Live in Concert this past December.

The production (directed by Diane Paulus) was also nominated for 15 Tonys, including Best Musical. While while the awards show has still not taken place, the current plan is that the 74th Annual Tony Awards will be in coordination with the re-opening of Broadway in Fall 2021, according to the Broadway League and American Theatre Wing.

What It Took to Orchestrate 'Bad Romance' for 'Moulin Rouge! The Musical'

With voting for the Tonys currently taking place (until March 15th) and, ahead of a benefit encore airing of the Jagged Little Pill Reunion Concert on March 6th (with proceeds supporting RAINN, the nation’s largest anti-sexual violence organization), JLP has shared a new clip. In it, Belgian choreographer Sidi Larbi Cherkaoui shares the inspiration for the sublime movement he created for “Uninvited.”

As Larbi explains: “Addiction is such a difficult, tragic and delicate subject to talk about. We often are at a loss of words to describe it. Like most subjects that emerge in our musical Jagged Little Pill, director Diane Paulus, the performers, the artistic team and I took our time and our personal experiences to analyze how to physically portray the transformations of these layered characters. Often we could, through movement and through the body, find ways to speak about the unspeakable.”

During this sequence, Elizabeth Stanley (who plays Mary Jane, a.k.a. MJ) sings Morissette’s Grammy-winning song. She begins writhing on her sofa in the grips of an opioid overdose, with dancer Heather Lang mimicking her agony.

“The movement in ‘Uninvited’ is raw, visceral, tragic, detailed and delicate,” Larbi explains. “It emerged very organically during the creation process. …  Drawing from my own personal experience, as well as from those of dancer Heather Lang and the incredible singer/actress Elisabeth Stanley, we looked into ourselves finding the stillness, the tension, the knots, the attraction and the repulsion needed for this unconventional ‘pas de deux.’ We all have to face and handle ourselves at every moment of our lives.”

Stanley says she felt a “huge sense of responsibility” in approaching this scene, and she and the creative team worked with a group of specialists at Learn to Cope to ensure that the show’s sensitive topics were addressed authentically and with nuance. “It was important for me to know what it feels like, for the person who is actually going through the struggle themselves, but also what it looks like, to those who have witnessed it from the outside.”

Peterson, the founder of Learn to Cope, agrees that it’s a “really powerful scene in the way that it’s staged — without words, but through the music and lyrics and watching that physical struggle, was so impactful.” As she admits: “It was hard, too — as someone who has lost somebody to addiction — but it was beautifully and tastefully done, and it honored that pain. I also felt like the emotion of it might help people, who haven’t had this happen to someone they love, have more compassion. I’m so grateful that the show reached out to make sure this story was told in an authentic way, that would open people’s eyes and touch their hearts.”