Jason Manford had to halt a comedy gig in dramatic fashion this week after an audience member collapsed at the show.

Part-way through his set at Newcastle City Hall yesterday (May 2), a woman watching in the audience needed medical assistance.

Thankfully, the crowd was filled with paramedics and nurses after Manford had distributed free tickets to NHS workers.

The comedian tweeted following the incident to praise the medics who took care of the woman, as well as to thank the rest of the audience who vacated the auditorium.

“So sorry the show had to finish slightly early tonight folks,” he wrote. “The paramedics are still in the auditorium working on the lady who collapsed. Hoping she’s going to be alright.”

He then praised the “abundance of helpers”. 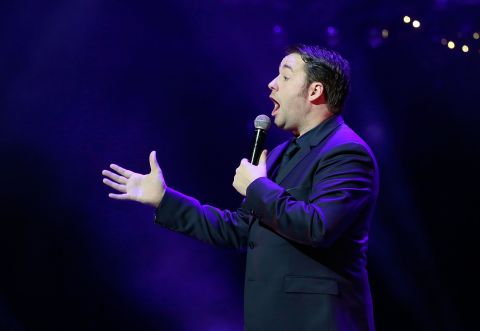 Manford added in a second tweet that the woman was recovering, writing: “I popped out to thank the ambulance staff and she had actually come to and we had a lovely chat where she was very apologetic!

“Thanks to everyone who helped and for the audience being so cool and giving her some dignity by shuffling out quietly!”

He then urged his fans to always keep details of an emergency contact on them, saying: “Help others to help you!”

The comedian’s followers praised him for his attitude, with one commenting: “Absolutely brilliant show. The ending proved how much of a nice man you are. Absolutely the right thing to do. I hope she’s ok x”