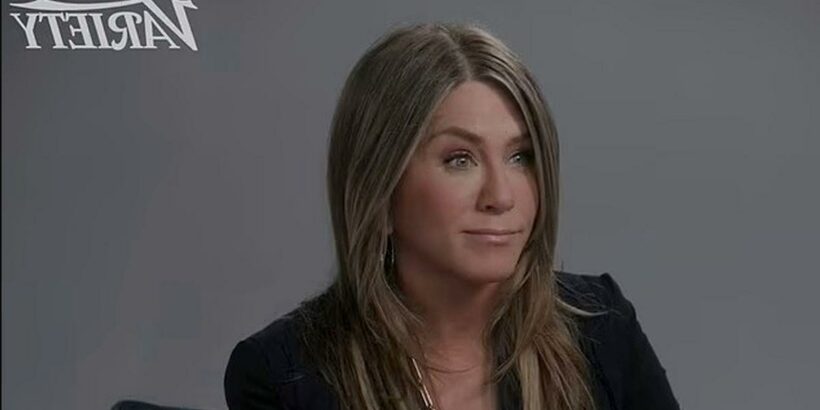 Friends actress Jennifer Aniston is facing criticism over comments she made about how the internet can give someone fame "for basically doing nothing".

The 53-year-old Hollywood star spoke out in a taped interview for Variety with Pam & Tommy actor Sebastian Stan, 39.

The pair had been discussing the Pamela Anderson and Tommy Lee sex tape leak in 1995, which Stan’s Hulu channel series was based on.

Reflecting on the incident, Aniston said: "It was right at the time when the internet really shaped a new culture about people becoming famous.

The Emmy and Golden Globe winning actress used the examples of Paris Hilton and Monica Lewinsky to describe celebrities whose fame was shaped by the rise of the internet.

"This thing of people becoming famous for basically doing nothing but yet having these incredible careers. And then women's reputation… I mean – Paris Hilton, Monica Lewinsky, all those.", she said.

A private sex tape featuring Paris Hilton and her then-boyfriend Rick Salomon caused controversy when it was leaked onto the internet in 2004.

Meanwhile, White House intern Lewinsky, 24, was involved in a sex scandal with then-president Bill Clinton in 1998 after his relationship with her became public.

Aniston, star of Horrible Bosses, added: "I feel so lucky that we got a little taste of the industry before it became what it is today…

Get the latest celebrity gossip and telly news sent straight to your inbox. Sign up to our weekly Showbiz newsletter here.

However, some Twitter users felt the Hollywood star’s comments were ironic given that her parents are the late actress Nancy Dow and Days of Our Lives star John Aniston, 88.

One fan wrote: "Jennifer Aniston needs to calm down with her opinions when her nepotism got her into the industry and now she continues to make $20million per year just off syndication from a show that ended decades ago."

But other Twitter users backed her, with one appearing to speak for many others when they said: "Trained actors and those just coming out of training have been getting sidelined for influencers with no training whatsoever for a while now.

"And it’s happening across the board, no matter the race/class."