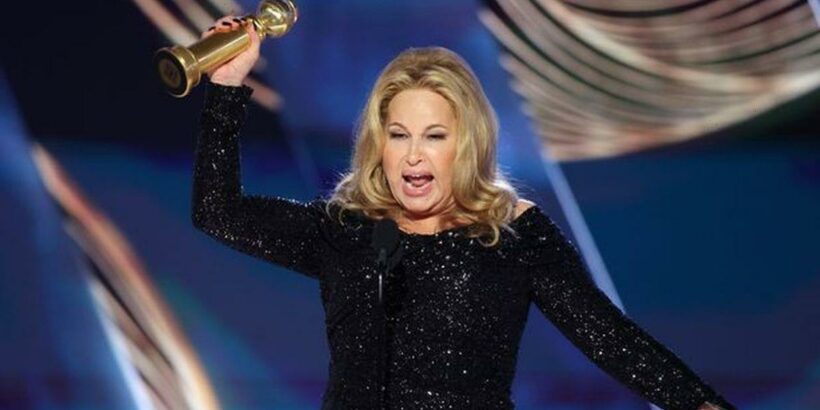 Jennifer Coolidge has admitted that she sometimes feels alone after failing to find the "love of her life" and making "bad decisions" about men.

The Golden Globe-winning White Lotus actress, 61, has been showered with praise following her latest role as billionaire heiress Tanya McQuoid in the hit HBO series, but even with all the love from her fans and her famous friends, Jennifer can still sometimes feel alone without a love to call her own.

The Daily Mirror reported that the former American Pie actress admitted she made a number of "bad decisions" when it came to men, and in turn it had left her feeling "insecure" about what it is that she wanted from love.

She said: "I’ve been around forever, since I was 30 – that’s a long time. But when I go to a party with my other actor friends, I don’t know any of the people.

"I live a secluded life in New Orleans and I only know the people I meet on the job and my friends from The Groundlings."

Asked by Page Six why she doesn’t have as much love for herself as all her fans do, she said : "Oh, I don’t know. I mean, my dating life, I’ve never found anyone quite right for myself. I haven’t found the love of my life.

"I think I made some bad decisions. It makes you insecure and you don’t think you’re great.

"Many people can come up to you at the airport, people come up when they have nothing else to do, they say very nice things to you, and people in Hollywood come up and say ‘You’re great’, but the only way you know they mean it is if you give you a job."

Jennifer landed the role as Tania in The White Lotus, for which she won a Golden Globe for Best Supporting Actress this week, after being cast by creator and friend Mike White.

However, it was during this time that her mental health suffered – after weight gain made her 'not like the way I looked'.

"I was really affected by the pandemic," she told The Guardian, adding: "It was an incredibly sad time. I was reading tragic news stories on a daily basis, had a fatalistic approach and assumed the virus was going to win.

"I knew people who lost their lives and was convinced we wouldn’t make it through. I wasn't thinking about work, because I didn't think we'd be alive."