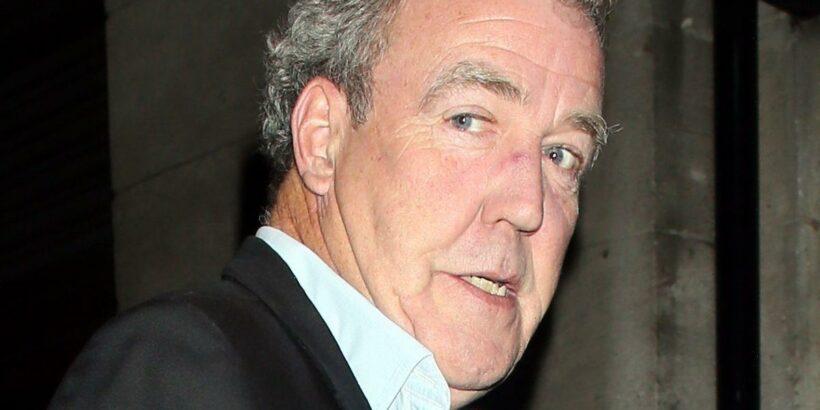 Jeremy Clarkson has been ordered to tear off the metal roof from his farm shop.

Planners told the star he must use local rock to cover his quirky store.

Clarkson’s neighbours have also waged war on his plan to serve booze at his nearby café.

Planners at West Oxfordshire District Council said: "The proposed change of roofing material for the farm shop from a slate to steel sheeting will dilute the design quality of the proposal in this high valued landscape which would harmfully impact the appearance and character of the Cotswolds area of Outstanding Natural Beauty."

Chadlington Parish Council told the planning committee that The Grand Tour presenter had ignored pleas that the roof be clad in slate.

Locals reckon the plan would kill off struggling local shops, pubs and eateries that have been trading for years.

Jezza, 61, applied for permission to open a café next door to the farm shop in November.

Now he wants to sell alcohol in both venues.

He has promised all beer, wine and spirits will be locally sourced and produced.

The host refused to comment on the issue last night.

Jeremy opened his farm shop last year, making a big event by giving away cider that had been donated by Blur legend Alex James.

He also raffled away yellow bottles of water, selling potatoes to the locals from huge wooden crates.

The description on the shop site outline Jeremy's intentions with the business, reading: "The Diddly Squat Farm Shop is a small barn full of good, no-nonsense things you'll like.

"We do not, for example, sell kale.

"All the stuff we do sell is produced either on Diddly Squat Farm or buy our neighbours in the Cotswolds."

The Who Wants To Be A Millionaire presenter also teamed up with Amazon Prime to film a series about his green-fingered endeavours on the farmland nearby, titled I Bought A Farm.