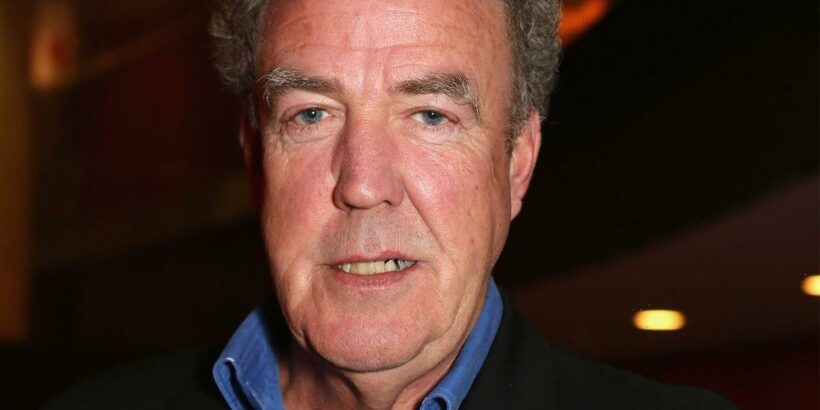 TV presenter Jeremy Clarkson has revealed that he went to hospital after suffering a nightmare kitchen accident in his home.

Jeremy, 61, recalled the incident in his latest column, admitting that he had been left in a lot of pain from it.

The TV star originally revealed his injury five days ago, sharing a picture of his bloodied thumb wrapped up and simply captioning it: "Ow."

Jeremy has now gone into more detail, saying he and girlfriend Lisa Hogan were making chilli-flavoured crisps for his Diddly Squat Farm.

However, it all went wrong when he decided to use a mandolin to slice potatoes, which caused him to slice his hand open.

Jeremy wrote in his Sunday Times column: "Lisa noticed that under the mandolin, among the slices of potato, there was a piece of meat.

"It was like a miniature pork chop, about 2cm long, 1cm wide and 3mm thick. And, yes, it was half my thumb."

As Lisa "gasped and dropped it", the on-site medic immediately dressed the wound but Jeremy was offered a stern warning as he started to feel dizzy.

Jeremy added in his column: "The doc explained that I could lose the use of it, and since the opposable thumb is all that separates us from goats, I decided I'd better do as I was told."

He later went to hospital and had 40 stitches to reattach his thumb, leaving him in a lot of pain.

Meanwhile, the outspoken star recently hit out at Paddy McGuinness, who replaced on Top Gear, as he admitted he doesn't know who the TV presenter is.

He said to The Sun: "I didn’t know who the man hosting Question of Sport was. I thought, 'What the f**k am I watching? What is this programme?'

"A large number of people who I didn’t know were all shouting, 'What has happened to Question of Sport?' And then it turned out the man in the middle of it all does Top Gear."