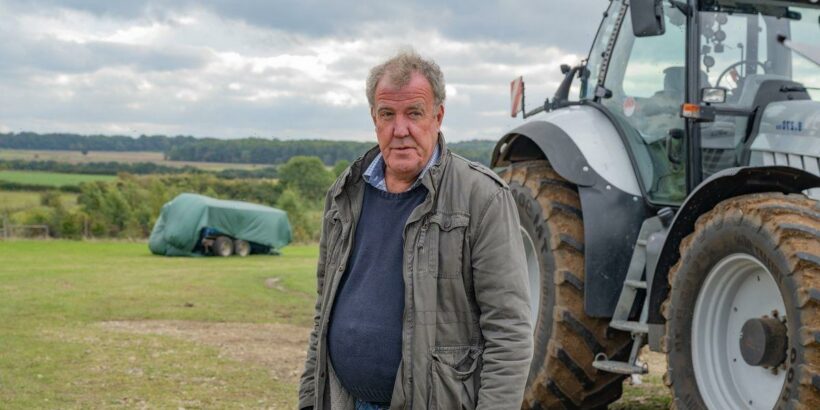 Jeremy Clarkson said he is doing eight jobs to have his dream home built from scratch – but it is still is not finished 10 years on.

The Who Wants To Be A Millionaire? host said the property had been beset by so many architectural, planning and building hold-ups he wishes he had bought an already-up Georgian detached.

He was told creating his own pad was `one of the most satisfying and warm, fuzzy things you can do'.

But in reality it was `complicated and slow' and in the meantime he has been left living in the `smallest cottage in Britain' in which he can `cook supper and go to the loo simultaneously'.

While couples throw up a gleaming `masterpiece' in an hour for `just £4.75' on TV's Grand Designs he said his experience had not been `like that at all’.

“To have the millions of pounds needed to build a house you will need eight jobs,” he said.

“That's why I write three newspaper columns a week, I do a car show, I do a farming show, I run the farm -— not that this pays for much -— I have an internet business and I present Who Wants to Be a Millionaire?

“You would not build your own car or make your own trousers so why on earth do people long for the day when they can build their own house?” The Grand Tour presenter said his project had a number of false starts as he mulled over the design.

Having got planning permission he decided it was in the wrong place so had to get consent a second time to move it `six feet to the west’.

Covid pushed back the completion date to May (2021) but now he thinks he will be lucky to get in before Christmas – largely due to builders who behave like `six-year-old children’.

“They need constant supervision,” he said.

“If you let them `get on with it' they fall in ponds and spill paint and drop stuff, and then they all argue and sulk and you have to stop what you're doing to sort them out.”

Clarkson said the staircase they ordered was 6in too short, they forgot to buy a pantry door, decorative stone cracked due to frost and the hall wall `wasn't straight'.

His new garden wall fell down the day after it went up.

He had hoped it would be finished during his recent holiday to the Italian island of Capri.

But he said progress had `slowed from a crawl to what a tectonic plate would call `pedestrian'.'

“It was as though they'd spent the entire week in the playground,” he said.

“To my untrained, feet-and-inches mind, they hadn't done anything at all. The problem is that the act of actually building a house is pretty quick.

“Putting one stone on top of another is the work of a moment and putting the roof on —even if the stone tiles are 200 years old — is incredibly speedy.

“But now we are at the stage when they are setting up lighting boards and shower attachments which is fiddly and invisible and so slow that by the time they're finished they'll need to install a Stannah stairlift so that I can go to bed at night.”