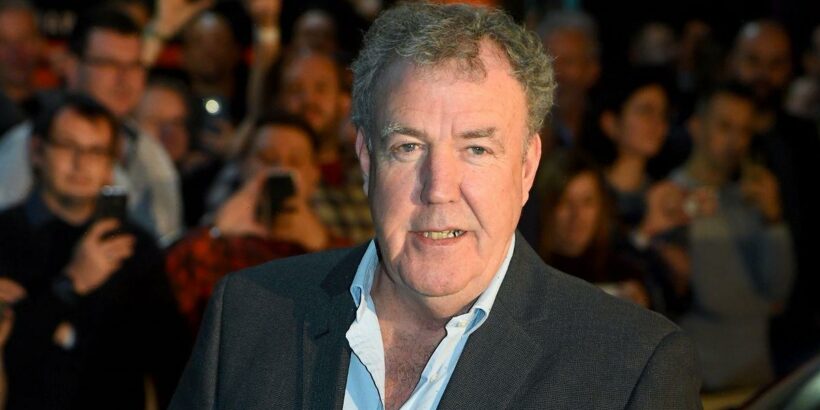 Jeremy Clarkson has admitted that he once stumbled across a man in a car who was “pleasuring himself” whilst parked out in public.

The former Top Gear presenter recalled the disturbing moment he got an eyeful of the man’s activities.

The 62-year-old said he had pulled up beside the vehicle with his girlfriend, Lisa Hogan because he was worried about “poachers” as there had been a number of reports in the area.

The inquisitive Clarkson got out of his car to take a look but soon realised what was happening, unfortunately too late.

Writing in his Sunday Times column, Jeremy wrote: “I was coming home from the pub the other night when I saw a car parked at the side of the road.

"In the middle of nowhere, next to what I call 'the Big Wood' and as there have been reports in recent weeks of poachers in the area, I thought it might be prudent to stop to see what was what."

He continued: “So, I pulled up alongside the car and inside was a young man who was using one hand to smoke a large joint and the other to, how can I put this, frantically pleasure himself."

Clarkson said that the man had stopped what he was doing in horror before he lowered his window and said: “Oh my God, you’re Jeremy Clarkson!”

He says that he and Lisa exchanged a smile before he had realised the couple were there and fortunately they still recall the moment and laugh together.

Fans recently questioned whether the former presenter had been hacked after he posted a suspicious-looking tweet.

He posted an automated link from TikTok which alleged he had “found the greatest thing ever on social media” and urged his followers to “check out” the link.

Followers thought that his account had fallen victim to online trolls and tweeted back at him, but Jeremy was quick to clear up the confusion.

He said that he was giving “credit where credit is due” and that he had “no idea who she was” or “where she’s from,” but her “thread was tremendous”.