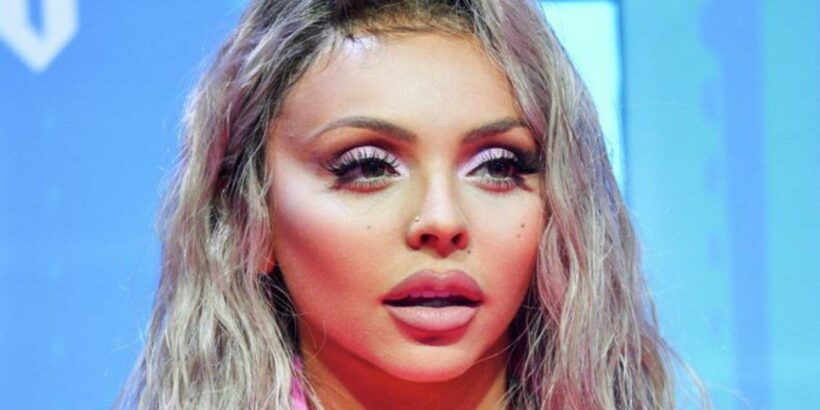 The singer who is gearing up for her solo debut has come to her own defense, insisting she never said she would quit music for good when announcing her departure from Little Mix.

AceShowbiz –Jesy Nelson has defended her decision to pursue a solo career after leaving Little Mix.

The singer quit the band in December (20) citing mental health reasons, but has faced criticism from fans of the group after embarking on a career of her own.

Ahead of the release of her debut single “Boyz”, featuring Nicki Minaj, Jesy took the opportunity to defend herself during an appearance on Fearne Cotton‘s “Happy Place” podcast.

“I think a lot of people have misconstrued what I meant in my statement, they’re like ‘Oh, so now she’s going solo’,” she reflected. “I never said in my statement, ‘I’m coming out of the music industry, I’m not going to do music anymore…’ “

“I said, ‘I’m just going to start a new chapter of my life, I just want to make myself happy. I don’t know what that’s going to be, but I need to look after myself now, make myself feel better again.’ “

In the same interview, Jesy Nelson also revealed her mother begged her to quit Little Mix after the singer tried to take her own life.

The hitmaker – who left the “Black Magic” band in December (20) to focus on her mental health – opened up about her struggles in 2019 documentary “Jesy Nelson: Odd One Out“, in which she revealed she attempt to kill herself with an overdose after being subject to trolling since the group found fame on “The X Factor U.K.” in 2011.

Speaking on Fearne Cotton‘s “Happy Place” podcast, she said, “Well, I just remember obviously the first time, so obviously I’d taken an overdose. I went into hospital and then I had a music video like a week after…”

“And obviously my mum found out and she was distraught and she was outright: ‘This is it, you’re not doing this anymore.’ “

“So she was like, ‘No. This isn’t happening anymore. I’m like not putting my foot down and you’re coming out of this.’ And obviously I didn’t know what to do at the time because it was very early stages of Little Mix as well.”

Jesy also opened up on her insecurities and explained that, while she still has her “struggles,” she is in a “better” place since leaving the band.

“I guess the thing that I’m better with now, is that I see little things now when I do a music video, I’m not looking on the camera and thinking, oh my God, I don’t look as skinny as Jade (Thirlwall), (Leigh-Anne Pinnock) and Perrie (Edwards)…”

“And that’s what I did every single day, and for the first time ever, I did my music video and I enjoyed it. I absolutely loved it and I was like, this is the feeling I should have had the whole time.”