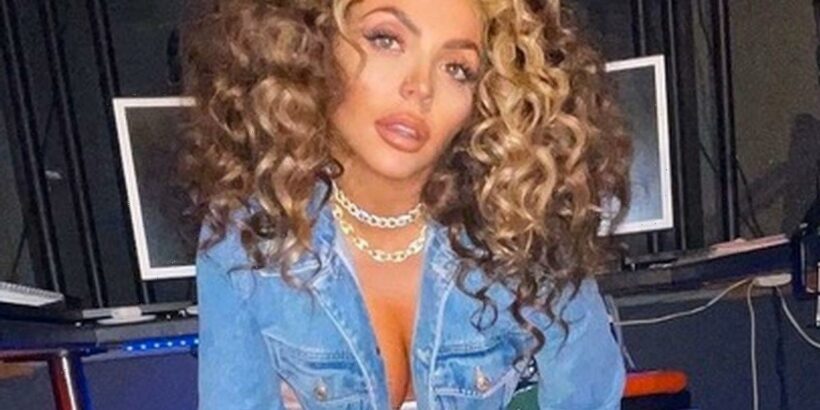 Jesy Nelson is said to be at the centre of a major bidding war after quitting Little Mix last year.

The Shout Out To My Ex songstress called time on her girlband days at the end of 2020 after a decade on stage with Perrie Edwards, Jade Thirlwall and Leigh-Anne Pinnock by her side.

Insiders are now claiming bosses are throwing big money at Jesy to bag the rights to her solo career.

A source said: "Jesy's tracks have got the music industry in a spin and she has big-money offers on the table from a few key record labels all desperate to sign her."

They added to The Sun: "It's an exciting time for Jesy as she's in a great place and has loved being creative in the studio."

The news comes after Daily Star revealed how Chris Hughes' ex had split from RCA and Sony – the label she was signed to as part of Little Mix.

While Jesy quit the group in December last year, the starlet could have opted to stay on at the label for future projects.

A source said: "It's no secret Jesy has been hitting the studio recently but she's no longer with RCA.

"It looks almost certain that she's parted ways with Sony as a whole as well.

"She's looked for a whole new team and since splitting with Little Mix Jesy has been pitched around for a new PR to head up her upcoming projects.

"All signs point to a clean break and totally new direction."

A music insider added: "She's spent the last decade in the pop machine being told what do and wear – she's probably ready to take control herself."

The starlet has been laying down her vocals at exclusive studio F Block with Brit nominated producer and writer Patrick Patrikios and London based singer-songwriter aB Keen.

The complex is popular with a string of household stars and was where Sam Smith recorded their record breaking album In The Lonely House.

Emelie Sandi also penned her first album Our Version Of Events in the same studio.

A source said: "Jesy has been spending a lot of her time at F/H Block which is one of the most prestigious music studios in London.

"It's got a great history of turning out some monster albums. Sam Smith's In The Lonely Hour was written there, as was Emeli Sande's debut album.

"Jesy and her team have been seen taking a break in between sessions in the nearby park."