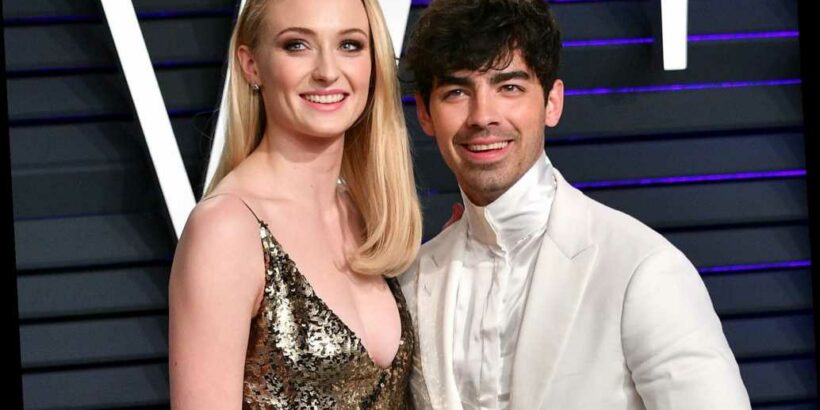 On Sunday, the Game of Thrones actress rang in her 25th birthday, with husband Joe Jonas sharing a hilarious tribute on social media.

In a tribute post for her birthday, the 31-year-old musician shared a goofy, never-before-seen photo of Turner while telling her how much he loves her. "Happy Birthday babe. You have two moods and I love them both equally 💜 love you @sophiet," Jonas shared on Instagram.

"I love you," Turner responded in the comments section.

Want to get the biggest stories from PEOPLE every weekday? Subscribe to our new podcast, PEOPLE Every Day, to get the essential celebrity, entertainment and human interest news stories Monday through Friday.

The actress also shared a selfie on her Instagram Story with some golden "25" balloons, thanking everyone who sent her sweet messages.

"Thank you for the birthday wishes," Turner wrote. "25-ing and thriving."

Turner's sister-in-law, Priyanka Chopra, also shared a birthday tribute to the actress on her Instagram Story, writing "Happy Birthday" over a gorgeous photo of Turner. This is Turner's first birthday as a new mom after she and Jonas welcomed their daughter Willa last year on July 22. "Sophie Turner and Joe Jonas are delighted to announce the birth of their baby," a rep said in a statement to PEOPLE at the time.

The couple first wed in an intimate, secret ceremony in May 2019 following the Billboard Music Awards in Las Vegas. They exchanged candy Ring Pop wedding bands. In a larger ceremony nearly two months later, they said "I do" again in France. In November, Turner debuted a new addition to her tattoo collection in honor of their infant daughter. Posting to her Instagram Story, the mom of one casually debuted the new ink baring her daughter's first initial in a selfie.

A small "W" could be seen underneath her tattoo of the letter "J," which many fans believe she previously got as a homage to her husband.