Joe McElderry was devastated when he was forced to cancel a gig last month.

But as details surrounding the last-minute decision were released, it was clear that he had made the call for the safety of his fans.

Taking to his Twitter account, the X Factor winner explained that he had no other choice after he was informed of a “suspicious” letter that had been intercepted by management at the Empire Theatre in Consett, County Durham.

Upon learning the contents of the letter, he immediately decided to pull the concert and took action to ensure that everybody was removed from the building safely.

During an exclusive interview with Digital Spy, Joe revealed what has been happening behind-the-scenes since then – although he wasn’t able to go into too much detail due to an ongoing investigation.

He said: “Everything is fine now. It was quite a serious situation but it’s being dealt with.”

Joe insisted that despite the drama, he is definitely planning on returning to the venue to play the gig at a later stage.

“We tried to reschedule it straight after but we couldn’t make it work,” he continued. “But we will be going back.”

As fans of Joe will know, he is not an artist known for cancelling gigs or even turning up late, so the decision to call off the event has been hard for him.

“I don’t like letting people down,” he explained. “It’s not just the tickets people have paid for, but the travel, hotels – I think for most artists, when something like this happens, the first thing you think of is the fans and how much money and planning they have done around each concert.

“The truth is, nine times out of ten, you only ever have to cancel a show if you’re ill,” he explained. “But I don’t like letting people down. That’s why I always make sure my voice is in tip-top shape when I’m on tour.”

Joe went on to admit that he would be lost without his fans, especially when it comes to social media trolls.

Over the years, despite his success, the singer has had to deal with some pretty vicious criticism – even when it comes to his weight.

While he has found some of the nastier comments tough to deal with, Joe stressed that he doesn’t need to hit back at bullies because his fans are always on hand to defend him.

“They are so wonderful,” he added. “My favourite thing is when there’s negativity online. God help anyone who writes a bad article about me – it’s hilarious watching the fans jump on Twitter.

“Sometimes, I actually have to tell fans, ‘Hey, that’s enough now’, but secretly, I love it!

“I don’t have to say anything [to Twitter trolls]. When I see something mean on Twitter, I just think, ‘Wait until you get the wrath of my fans!'”

Joe’s not kidding when it comes to his fan base either – not so long ago, Digital Spy conducted a poll asking readers to vote for their favourite ever X Factor winner. Despite being on the show almost 10 years ago, he still came out on top.

“I was so overwhelmed when I saw that,” he declared. “It means so much that people enjoy what I do.” 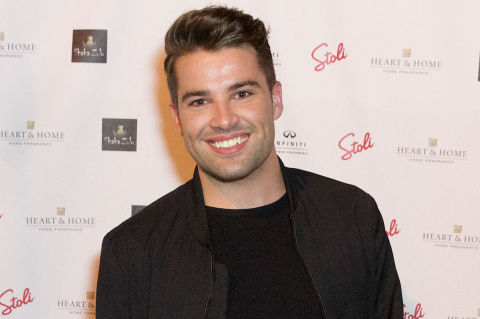 Although the star is currently on tour, he has a very important gig coming up next month. He is set to perform at Andrew Lloyd Webber – A Musical Celebration at the Royal Hospital Chelsea, along with the likes of Tyrone Huntley, Mica Paris and the current West End cast of School of Rock.

Joe commented: “I’m really excited. I’m nervous as well but I feel so honoured to be asked. It looks like it is going to be a huge spectacle. I think it’s going to be brilliant!”

Joe McElderry performs at Andrew Lloyd Webber – A Musical Celebration at the Royal Hospital Chelsea on June 17, 2018. Other guest artists include Mica Paris, Ben Forster, Imelda May plus cast members from The Phantom of the Opera and School of Rock. Tickets www.liveatchelsea.com.