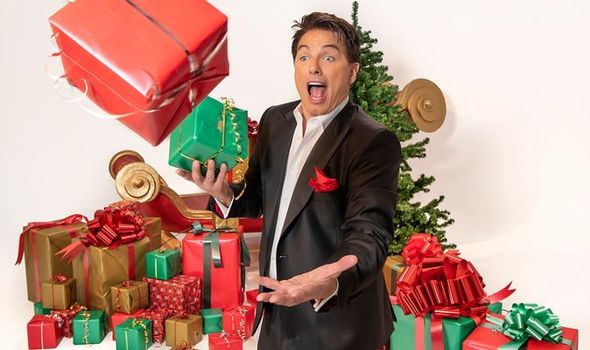 He promises he’ll be back on stage on Monday to kick off his Fabulous Christmas Tour in Manchester. He has a new album, A Very Fabulous (what else?) Christmas, which swept into the UK charts at Number 4 this week and he’s skating onto TV in January as the new Dancing On Ice judge. When we met last week to chat about all his “fabulous” plans, he greeted me with a heaped plate of oversized Fortnum & Mason chocolate treats. In return, I revealed my earliest memory of him is on TV in 1993 hosting Live & Kicking in a flashy Versace shirt, looking impossibly gorgeous to a confused boy in the suburbs.

John’s eyes are fixed on the past as the new album stirs up childhood joys and sorrows. All of it wrapped up in his close-knit family, which remains the heart and bedrock of his life.

He may appear to have sprung from an affluent but traditional Anglo-Scottish upbringing like some exotic cuckoo, but his roots run deep. The voice comes from mum Marion, a former singer. The performer, perhaps surprisingly, from dad John Sr.

One Christmas, wee John was desperate for a fancy Gemeinhardt flute (“all the other girls in the band had one’) but it wasn’t under the tree. “My dad asked me to get something out of the silverware drawer and there was the flute! He was a big corporate businessman, publicly honoured by Ronald Reagan, but he was always fun. On caravan holidays he would hide in the cupboard. We knew he was there but loved him for it and screamed when he jumped out. Uncle Alec and cousin Ian are the same. Ian says it’s not the action itself, it’s the fact we all do things to make a shared moment, a memory.”

The Barrowman clan will all be on the current tour. “Mum and dad always come on the road and my husband Scott. This show’s built around Christmas, videos of my family and I’ll reach into my Christmas sack with presents for the audience. I want everyone to leave happy.” 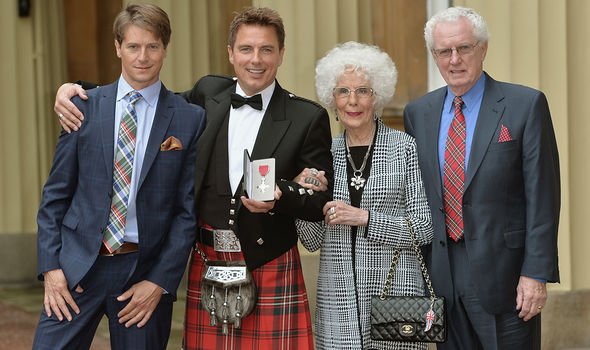 John already seems larger than life on TV but in concert his energy and antics on stage are extraordinary, pulling the crowd in.

“It’s not a presentation,” he says, “It’s for all of us, together. Maybe it goes back to a kid knowing I wasn’t totally part of anything. I played basketball with my best friend Mike but I also wanted brush a Cher doll’s hair and I couldn’t figure out why. Maybe that’s why I always want to make people feel included.”

His voice rises remembering the dawning awareness he was no longer welcome in the church: “For someone who grew up loving that kind of music to be told I’m not welcome because of my lifestyle and sexuality, that hurt. Church to me was community and love and helping your fellow man. When did they forget that?

“I believe you can have faith separate from a church. This album reclaims what I lost. I love Christmas music. It is memory and shared emotion. Take these songs and find something you can believe in.” 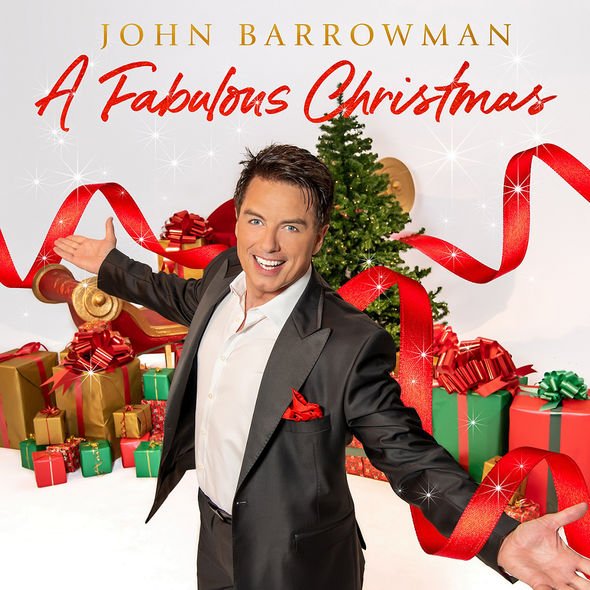 The album also brings back the BFF dream team with Emily Attack which born in the jungle on I’m A Celebrity last year.

“When I saw her in the camp I knew I would love her. She’s like me, balls out to the wind, no care. We bonded when I helped her change and I was like, ‘Girl, one of your boobs is bigger than the other, ‘ And she was like ‘That’s normal.’ And i was like, ‘What? Is it?’”

Then I heard her singing in the pool and I knew I wanted to work with her. We duet on I Saw Mommy Kissing Santa Clause, but she sings ‘I saw John kissing Santa’ and vice versa before we have a fight over who gets him. Love her. We have fun.

The naughty pair caused a sensation guest hosting on This Morning and there are top-secret plans afoot: “We’re testing the water. We’ve done a pilot…it’s in the can. So let’s see in the future.” 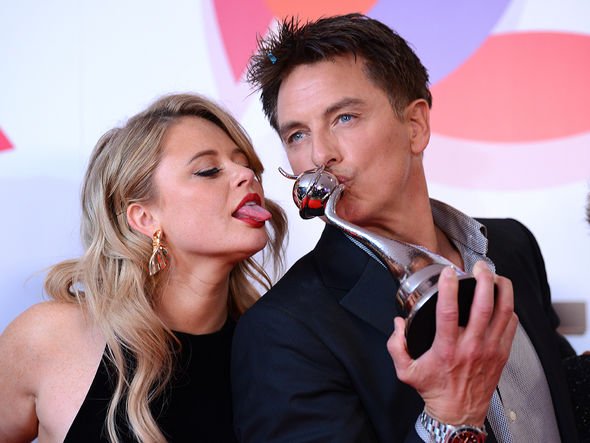 John’s love of strong woman dates back to his feisty grandmother who once stormed into a classroom after John told her the teacher was picking on him.

“Nana walked in and smacked her in the back of the head. (John puts on a broad Glaswegian accent) ‘Don’t you ever hit him again!’

“My mum inherited it. When we were told there might be protesters outside my civil partnership ceremony my mum said, ‘Let them, I’ll batter them with my Chanel handbag.”

There may be many impressive women in John’s life but there has only been one man for decades. 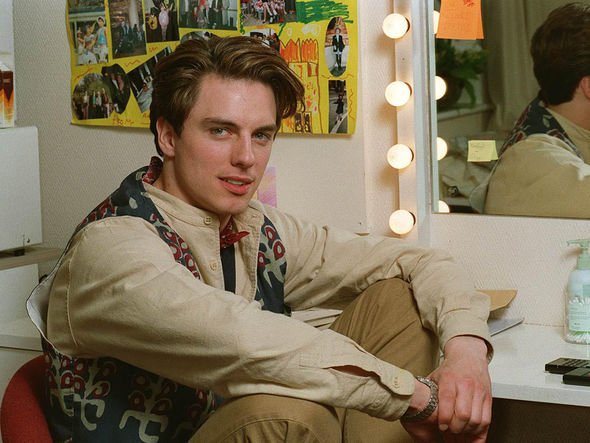 John married Scott Gill back in 2006 but they met many years before. “I lose count,” he grins. I tell him it’s 26. “Is it? I mark everything by shows I was in. I wooed him while I was in Sunset Boulevard but I was in Rope in Chichester when we met. He saw me on-stage naked for the first seven minutes. So he knew what he was getting!

“He came to my dressing room with friends and I was pulling my pants up. It’s theatre, darling! I turned around and I knew that was the person I was going to spend the rest of my life with. He couldn’t look at me the eye and later told me he thought I was out of his league. We all went for dinner but I was there with Sarah Brightman to discuss recording one of the songs from Sunset Boulevard and we couldn’t talk.

“Back in London, I’d just ended two years with a Flamenco dancer – lots of drama but very good rhythm. I kept seeing Scott everywhere. We had the same friends. One day I was test driving a Jaguar XJS convertible. I’d always wanted one and could finally afford it. I pulled up and he leaned in and went, ‘So it this your Sugar Daddy’s?’ I invited him to dinner and that was it.”

They share homes in London and LA, have wildly different careers (Scott is an architect) and strong personalities but their love remains undimmed – and delights fans on John’s playful and occasionally naked Instagram posts! 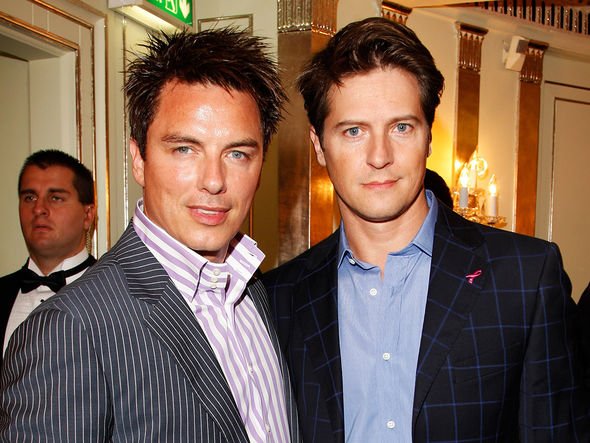 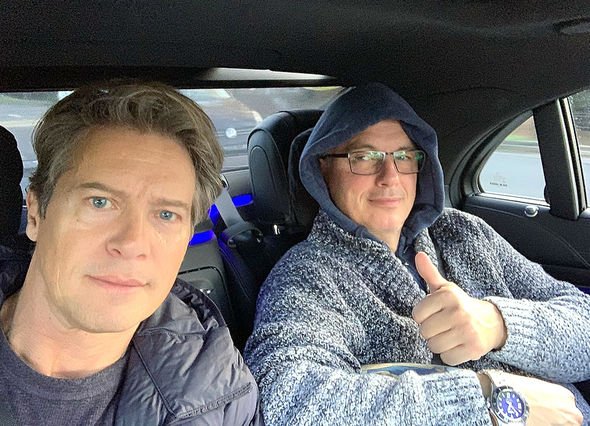 John says the key to it is very simple: “Don’t try to change each other. If something stupid happens when you’re a little tipsy, is it worth ruining everything? Doesn’t matter if it’s a fight or a flirt. They are bumps in the road. Let them go. We’re adults. We make mistakes, we sit down and talk about it. I don’t know where I would ever find anyone like Scott.”

The proud Scott isn’t so sure he will ever get over the current Brexit bump in the road.

“I campaigned and worked with Downing Street to keep Scotland in the Union. I got angry backlash, people saying I’m not a true Scott. It doesn’t matter where I live, I know how I feel about Scotland, my family is there. If Brexit happens, I’ve changed my mind.

“If we are forced out of the EU when we overwhelming voted against that, we have a right to stand on our own two feet. I’d support another referendum.” 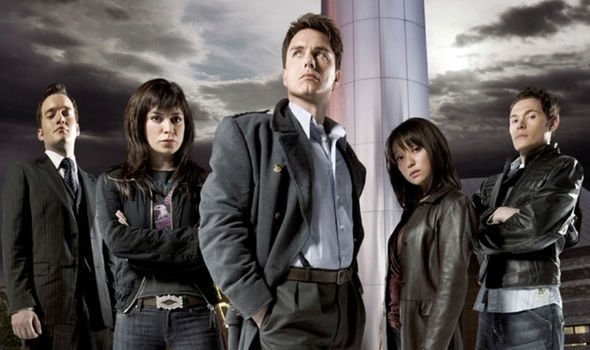 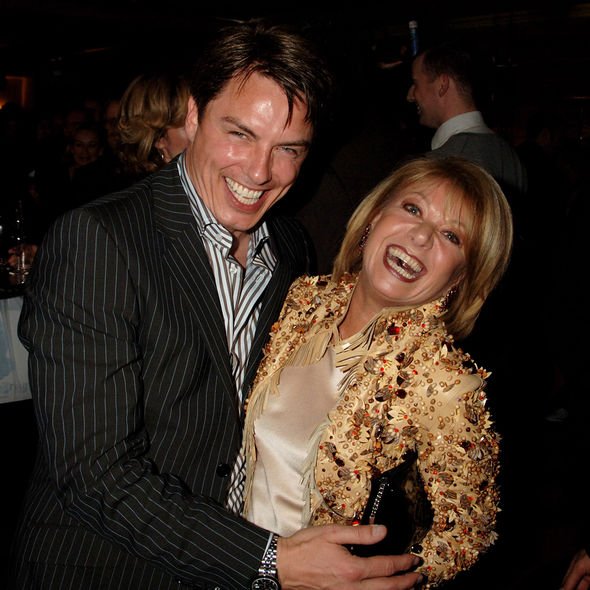 Until then, with Christmas coming, John is focussing on his blessings.

“It all starts and ends with John and my family. I love my dogs, my friends, my MBE, oh, and food. I can’t deny myself anything. I’m so grateful for playing Captain Jack Harkness across Doctor Who and Torchwood. Then Malcolm Merlin on Arrow because it put me on a new level in the US and I got to play a villain. I love Elaine Paige, she was there at the beginning on my musical career and we started together in Sunset Boulevard in 1995.

“I love being a gay man because it taught me to live truly as myself. Most of all, I love life because I live it to the fullest every single day.”

JOHN BARROWMAN’S NEW ALBUM A FABULOUS CHRISTMAS IS OUT NOW