John Lennon started out in The Beatles, with their early songs mainly about women and roughhousing in Liverpool. In later years, John became very politically active, especially with his wife, Yoko Ono. The pair of them released joint songs and albums, but Imagine came from his second solo album of the same name – but what does it mean?

The song Imagine has been considered an anthem for peace by many.

It speaks of imagining a world different from our own, which presents a humanist ideal of what the world could be like.

John did speak about the meaning of the song at various points after its release in 1971, though these differ in explaining the main message of the song.

One of these ideas came from his interview with David Sheff of Playboy in 1980, at which he said: “The concept of positive prayer…

“If you can imagine a world at peace, with no denominations of religion – not without religion but without this my God-is-bigger-than-your-God thing – then it can be true… 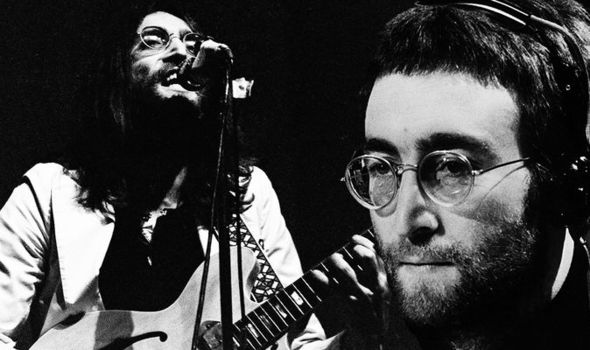 We will use your email address only for sending you newsletters. Please see our Privacy Notice for details of your data protection rights. John Lennon mother: What Aunt Mimi really thought of Yoko Ono

“The World Church called me once and asked, “Can we use the lyrics to ‘Imagine’ and just change it to ‘Imagine one religion’?”

“That showed [me] they didn’t understand it at all. It would defeat the whole purpose of the song, the whole idea.”

This suggests his main concept for the song was about religions, which makes sense given the opening lyrics: “Imagine there’s no heaven/It’s easy if you try/No hell below us/Above us only sky.”

He later openly asks people to imagine ‘no religion,’ making this even clearer.

According to the same interview, John was inspired by the idea of a ‘positive prayer’ after he was given a Christian prayer book by civil rights activist and comedian Dick Gregory. 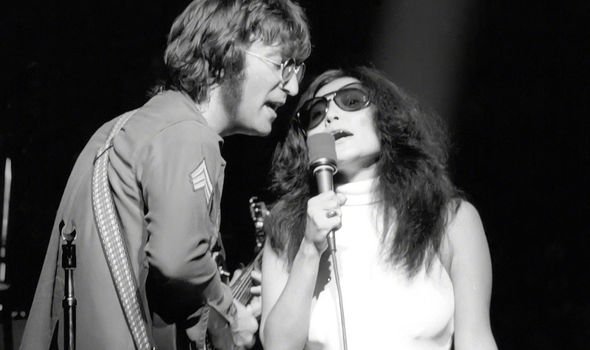 However, there is another person whose views inspired the song: Yoko Ono.

John’s second wife Yoko is an artist, however, she has also written and sung music, as well as poetry and other media.

She produced an early piece of concept art, called Grapefruit, which includes musical scores, poems and other media.

This was released in 1964 and included two short pieces which are believed to have inspired John’s lyrical writing.

One, named Cloud Piece, reads: “Imagine the clouds dripping./Dig a hole in your garden to put them in.” 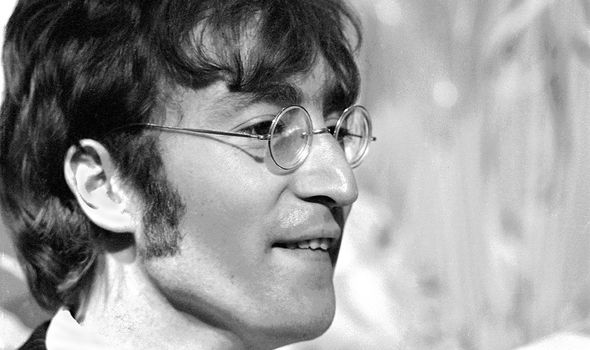 The second, Tunafish Sandwich Piece, reads: “Imagine one thousand suns in the sky at the same time.

“Let them shine for one hour./Then, let them gradually melt into the sky.

“Make one tunafish sandwich and eat.”

John later admitted these were an inspiration, including Cloud Piece on the back of the original cover to the album.

In 2017, Yoko was given official songwriting credit on the song, however, her work is not the only thing John was singing about. 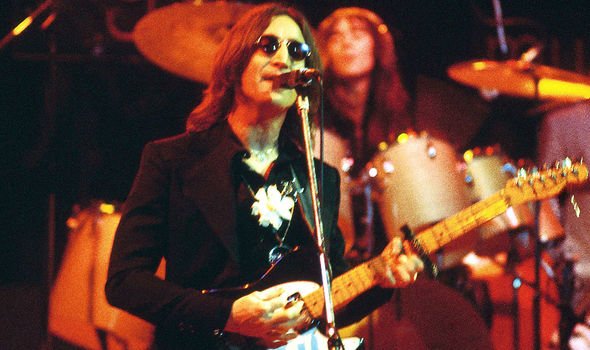 He told NME the song also included some Communist comments, though he said he was not one of these.

He said, as written in John Blaney’s Lennon and McCartney: Together Alone: “There is no real Communist state in the world; you must realize that.

“The Socialism I speak about… [is] not the way some daft Russian might do it, or the Chinese might do it.

“That might suit them. Us, we should have a nice… British Socialism.”

He also said he did not belong to any groups, so while he may have sung something which some considered to be Communism, it was not meant to be exactly this.

The song has been one which has revisited the charts at various times, including when John died on December 9, 1980.

As well as this, a trend of celebrities singing the song during lockdown appeared on YouTube in 2020, with Wonder Woman’s Gal Gadot leading the trend.

Speaking about it, she said: “Day Six in self-quarantine and I’ve got to say, the past few days have got me feeling a bit philosophical.

“This virus has affected the entire world – everyone – doesn’t matter who you are, where you’re from. We’re all in this together.

“And I saw, I ran into this video of this Italian guy playing the trumpet on his balcony to all the other people who were locked inside their homes.

“And he was playing Imagine and there was something so hopeful and pure about this video. And it goes something like this.”