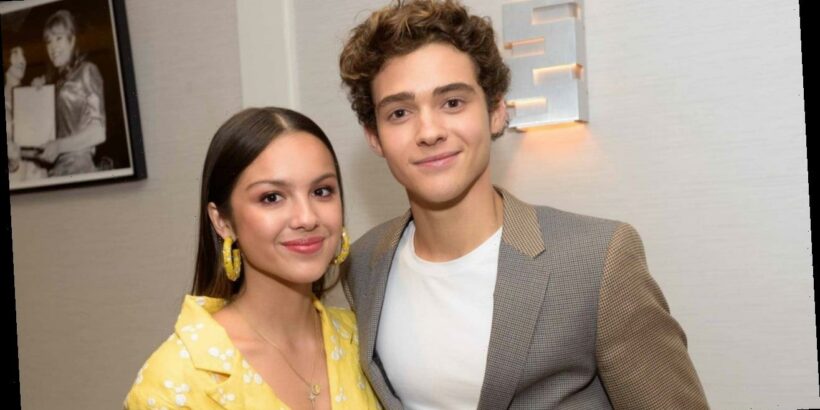 The musical feud continues, and Joshua Bassett is up! On Thursday afternoon, the 20-year-old High School Musical: The Musical: The Series star dropped his second single this month, “Only a Matter of Time,” a week after Sabrina Carpenter released “Skin,” and weeks following the drop of Olivia Rodrigo’s song that started all this, “Drivers License.”

“Drivers License” is said to be about Carpenter and Bassett’s rumored romance following Rodrigo possibly dating Bassett, her HSMTMTS co-star, before breaking up last year.

While none of these romances have been confirmed by the young stars, fans have been combing over lyrics from their recent songs in hopes of learning more about this possible love triangle — and Bassett’s new song seems to hint at relationship drama.

“Time to tell the world that you’ve been lying on my name / Doing what you wanna think / You’re gonna get away while I leave it up to fate for now,” he sings in the track. “When did you stop being kind? / You twisted your words like a knife / Well, I’m sure you’re hurting inside / Why would you make your pain mine? Making me pay for your crimes.”

Bassett said on Thursday that he actually wrote the song last summer, “in a moment in time where social media was bringing a lot of darkness to my life.”

“It was healing to put my phone down, turn off the noise and just write,” he shared. “There’s good that comes from social media, but it’s also become a place where people can say anything about anyone, no matter how false or damaging with no accountability. We’ve gotta be much kinder to each other and recognize there are real people behind the screens!”

Watch the music video for “Only a Matter of Time” below.

Just after the release of “Drivers License,” Bassett put out a song called “Lie Lie Lie” that was presumed by some fans to be in response to Rodrigo’s hit track.

“I know what you said about me / I hope that it makes you happy / You can’t seem to get me off your mind,” Bassett croons in the chorus. “I know you’re lying through your teeth / You told them the lies that you told me / I’ve had enough of it this time.”

As for “Drivers License,” while any breakup song from Rodrigo would cause speculation about its inspiration, specific lyrics seem to point to it having a connection to Bassett. In a resurfaced social media video, the 17-year-old actress-singer revealed that Bassett took her driving for the first time, an experience,  she said, she’ll “always remember.”

Cut to the song, Rodrigo begins the track by singing, “I got my driver’s license last week / Just like we always talked about / ‘Cause you were so excited for me / To finally drive up to your house.”

And when it comes to Carpenter’s “Skin,” this song also has lyrics that tend to imply its in response to Rodrigo’s single.

“Maybe we could’ve been friends/ If I met you in another life/ Maybe then we could pretend,” the 21-year-old singer-actress croons. “There’s no gravity in the words we write/ Maybe you didn’t mean it/ Maybe blonde was the only rhyme.”

Carpenter, however has insisted that her track isn’t “calling out one single person.”

For more on how this musical drama all got started, watch the video below.