Just when we thought we couldn’t love Jeff Goldblum anymore, he goes and tops all of our expectations.

Later this year, our ears will be blessed with the sounds of Goldblum playing jazz sounds, after the talented pianist was signed to Decca Records.

The move came following his appearance on The Graham Norton Show, where he played piano for Gregory Porter. 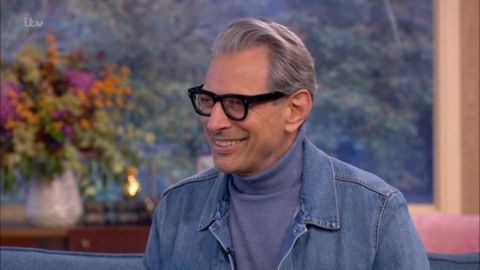 “I’m so happy to be in cahoots with the wonderful people at Decca, one of the coolest and most prestigious labels of all time,” Goldblum said.

Tom Lewis, director of A&R for Decca, said: “As far as I can tell, everyone loves Jeff Goldblum. It’s like a universal truth.

“We are delighted to welcome him to Decca. He’s a fantastic jazz pianist, a great band leader and just about the loveliest man in the world.

“His love of jazz is infectious and whenever he plays he makes you feel very happy.

“If we can take Jeff’s music into people’s homes then we will be helping, in our own small way, to make the world a happier place.”

Goldblum can be seen reprising his role as Dr Ian Malcolm in the upcoming film Jurassic World: Fallen Kingdom, which is out in cinemas this week.

The 65-year-old recently told Digital Spy that he’s the proud owner of a sexy Dr Malcolm Funko Pop Figure, and is very fond of it.

“I’ve not only seen it, someone has sent it to me and I’ve got it on my bedroom shelf. Believe it or not, that’s true,” he said.

Jurassic World: Fallen Kingdom will be released on June 6 in the UK and on June 22 in the US. Book your tickets here.