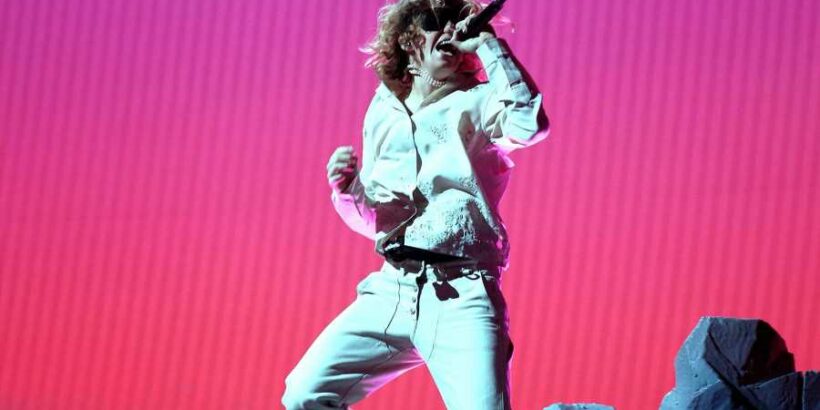 Justin Bieber and rapper the Kid Laroi kicked off the 2021 MTV Video Music Awards with a rendition of “Stay,” ascending from the sky like angels in leisurewear.

In front of a backdrop designed to look like a mighty mountain, the duo blazed through their hit song. Bieber then segued into his song “Ghost” off 2021’s Justice.

Bieber is up for a total of seven nominations, including Video of the Year, Artist of the Year, and Best Pop. Laroi earned nods for Best New Artist and Push Performance of the Year for “Without You,” his breakout hit.

The duo dropped “Stay” earlier this summer, and it has since made chart history, topping Rolling Stone‘s Top 100 Songs Chart for seven weeks in a row. It’s just the third song in RS 100 history to accomplish that feat after Roddy Ricch’s “The Box” and Olivia Rodrigo’s “Good 4 U.”

The single was co-written by Charlie Puth and Blake Slatkin (24kgoldn’s “Mood”) and follows Laroi’s “Without You,” another Slatkin co-write, which came out late last year. Meanwhile, Bieber will soon drop Justin Bieber: Our World via Amazon Prime on October 8th, a Michael D. Ratner-directed documentary produced by Ratner’s OBB Pictures, Bieber Time Films, and Scooter Braun Films that gives a backstage view of the singer’s return to the stage after a three-year hiatus from performing live. He released his sixth album, Justice, in March.