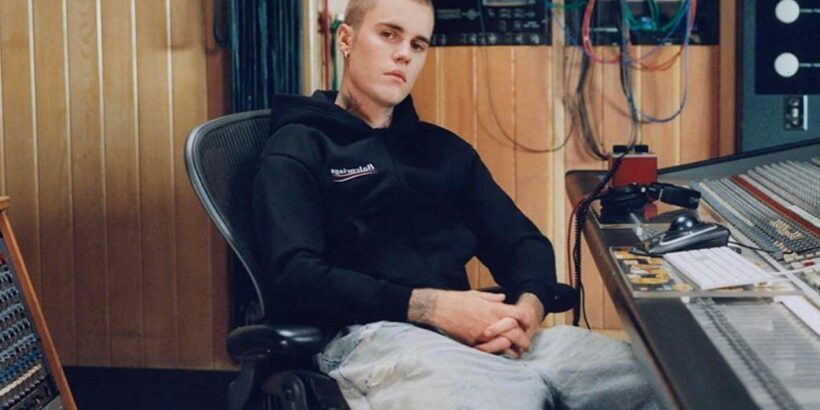 Also during the concert in the city, the Canadian pop star talks about his wife being rushed to the hospital last week, saying, ‘She’s OK, she’s good, she’s strong.’

AceShowbiz –Justin Bieber‘s “Justice World Tour” stop in Denver didn’t go as planned. The “Peach” hitmaker was forced to halt his concert in the Mile High at the Ball Arena on Thursday, March 17 because of technical issues.

Justin was performing “Yummy” when the stage lights suddenly went out. Additionally, video monitors went dark, sound equipment shut down, lasers went off, the large monitor behind him went out, while mini fireworks still worked.

The singer decided to stop performing while waiting for the issues to be resolved. In pictures obtained by TMZ, the husband of Hailey Baldwin could be seen sitting down on the side of the stage while chatting with some staff members.

After waiting for 30 minutes, the show finally resumed. Despite that, there were still tech issues as some of the large video screens, lasers and stage lighting didn’t work.

Also during the concert, Justin addressed his wife’s recent health scare. “Most of you probably know or have seen the news about my wife,” Justin said, referring to Hailey being rushed to the hospital last week due to a blood clot in her brain.

Justin assured fans that the model is now recovering well, saying, “She’s OK, she’s good, she’s strong.” He went on to admit, “But it’s been scary, you know, it’s been really scary. But I know for a fact that God has her in the palms of his hands, and that’s a good thing.”

Hailey revealed last week that she’s at home and “doing well” after experiencing stroke-like symptoms from a blood clot in her brain. “On Thursday morning, I was sitting at breakfast with my husband when I started having stroke like symptoms and was taken to the hospital,” the 25-year-old model wrote.

They found I had suffered a very small blood clot to my brain, which caused a small lack of oxygen, but my body had passed it on its own and I recovered completely within a few hours,” she added. “Although this was definitely one of the scariest moments I’ve ever been through, I’m home now and doing well, and I’m so grateful and thankful to all the amazing doctors and nurses who took care of me!”

She also thanked everyone who reached out with well-wishes and concern, as well as “for all the support and love.”