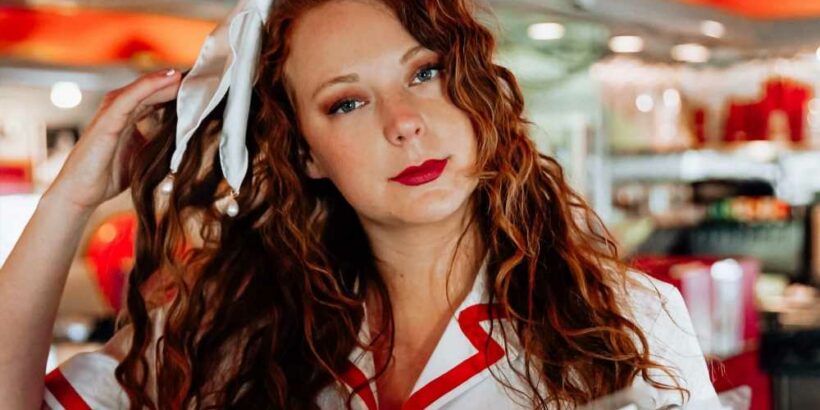 Kaitlin Butts’ newly released What Else Can She Do makes a strong case that she ought to be positioned somewhere between Miranda Lambert or Kacey Musgraves at country’s vanguard — an Oklahoma native with a big, malleable voice and the songwriting skills to match. The seven songs on What Else Can She Do feature fully realized stories both personal and universal, touching on addiction, loss, and infidelity, plus an electrifying cover of the Lead Belly standard “In the Pines” to close things out.

There’s a lot to love, in other words, but the title track is a great introduction to what makes Butts such an exciting talent. On its face, the song employs the familiar trope of a young woman with big dreams as she leaves the country for the city, set to a lilting, steel-drenched country waltz. We’ve heard this idea before and we all know where this is going, right? Except maybe not. “Her small-town pretty didn’t play in the city too well,” Butts warns, an indication that everything is not all fine and dandy.

From there on, it’s a never-ending slog to the diner to serve coffee in 12-hour shifts, with Butts carefully choosing details and leaving just enough space for the imagination to fill in the gaps. Her protagonist “walks home at night well aware of the danger, but too tired to care” and knows that ”the money she’s makin’ still won’t pay the bills” — it’s these little things that pile up into giant problems and destabilize a whole life when one aspect goes a awry.

The predictable Nashville way of wrapping this story up would be to let the young woman achieve her dream in the final verse, or to perhaps send her back home so she can realize that what she wanted was right there the whole time. Butts does neither, depicting the kind of purgatory that ensnares a lot of people — the dreams don’t work out the way one expected, but it’s too costly to just pick up and leave. It’s riveting, heartbreaking stuff, the story of untold thousands who put on their shoes every day and pray they don’t slide all the way off the edge.