Kanye West’s eventful week continued on Tuesday (May 1) when he suggested that slavery ‘sounded like a choice’, causing a major backlash.

The rapper took a break from ranting on Twitter about his love for Donald Trump to sit down with TMZ for a live interview with the site’s founder Harvey Levin and producer Charles Latibeaudiere.

However, West triggered a storm with these shocking remarks:

“I like the word ‘prison’ because ‘slavery’ goes too direct to the idea of blacks. Slavery is to blacks as the Holocaust is to Jews.

“Prison is something that unites as one race, blacks and whites, that we’re the human race.”

As well as defending his support of the US president, referring to Trump as “my boy”, Kanye explained that while he recognises his prominence as a black artist, he doesn’t want to be misrepresented. 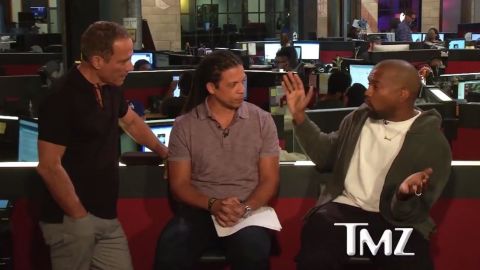 “I feel like one thing is people try to minimise me to artist, hip-hop, black community – yeah I’m always going to represent that. But, I also represent the world.”

Following his comments in the interview, Kanye asked the TMZ newsroom if they felt he was “being free and thinking free”.

However, one of the site’s reporters, Van Lathan, hit back at the hip-hop star, admitting he was “disappointed” and “appalled” by such “hurtful and shocking” remarks. 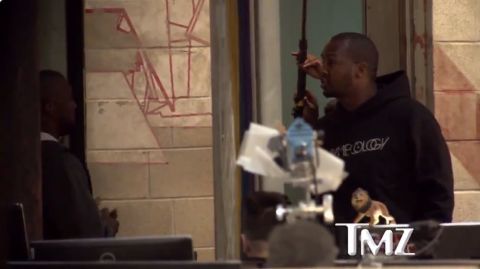 As you can see in the video near the top of this page, Kanye eventually approaches Van Lathan to apologise, saying: “Bro, I’m sorry I hurt you.”

Kanye also later clarified his comments about slavery on Twitter, insisting: “Of course I know that slaves did not get shackled and put on a boat by free will.

“My point is for us to have stayed in that position even though the numbers were on our side means that we were mentally enslaved.

“They cut out our tongues so we couldn’t communicate to each other. I will not allow my tongue to be cut.”

Still, by this point, there was naturally a backlash against his comments on social media.