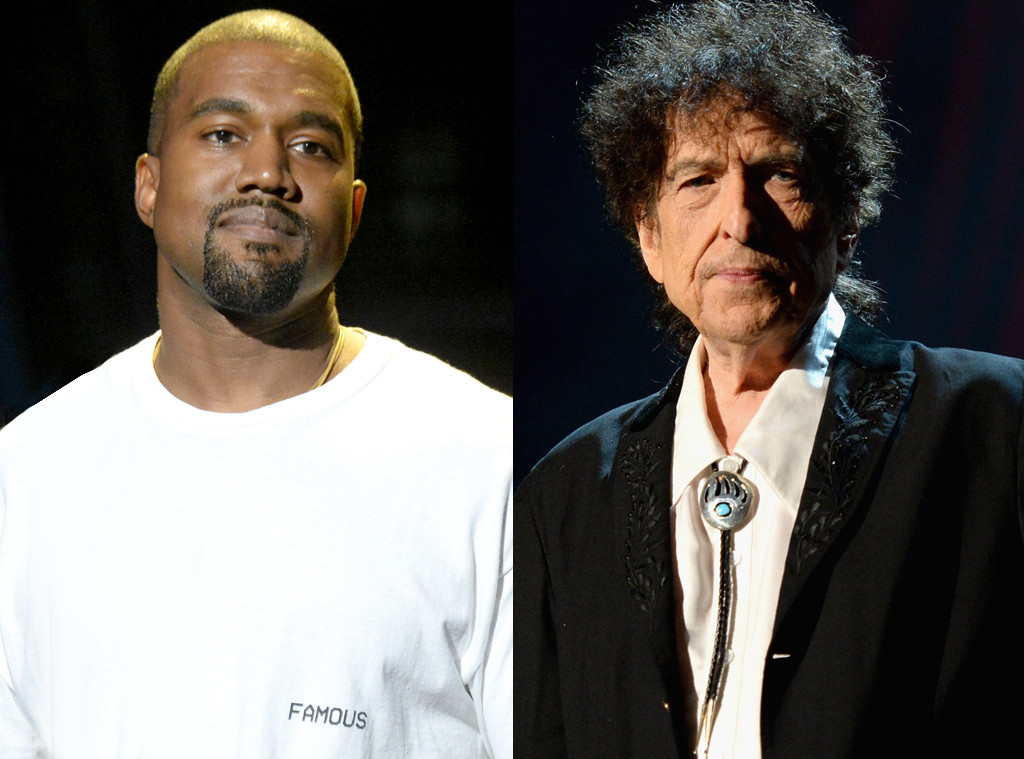 The eclectic rapper reached out to the artist on Twitter, where he tweeted, “Calling out to Bob Dylan Let’s get together.” He didn’t say whether he wanted to catch up with the singer or collaborate on a potential album, but Kanye still got over 4,000 fans to spread the word for him by retweeting the proclamation.

Unfortunately, the famed guitarist does not have a Twitter so it is unclear if he got the message.

It seems like the artist is feeling inspired by the beautiful landscapes he has been seeing at the Fairchild Gardens in Miami, Fla.. West has been busy sharing images of the flowers, palm trees and wildlife at the botanical gardens this past week. During one visit he became rather poetic and told his Twitter followers, “Landscaping is a conversation with God.”

Perhaps he was inspired to visit the conservation center after he and his wife, Kim Kardashian, hosted a Tarzan inspired birthday party for their son Saint West.

Kim recently shared candid photos taken at the three-year-old’s birthday. In the silly pictures, Saint is cuddled up to Kanye, while Kim holds Chicago West. And North West really stole the show with her shimmering green ensemble and relaxed pose.

At the fun and floral event, which took place over two weeks ago and was hosted at the West family residence, they celebrated both Saint and Reign Disick‘s birthdays. For the fête, designers brought in plants and jungle-themed decor to really give the feeling of being in the great outdoors.

The boys also got to feast on a cake decorated with the characters from the Disney movie, as well as a cake made to look like a turkey.

Then for the grand finale, the kids got to meet a real live monkey!

To see photos from the birthday celebrations, check out the gallery above!