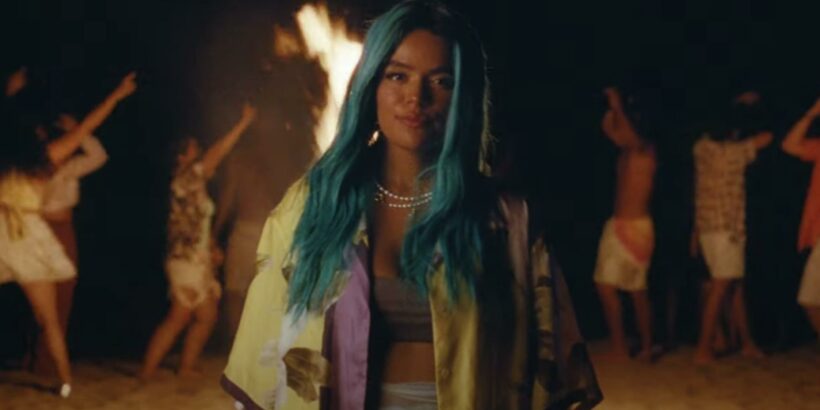 Karol G has dropped a new video for “200 Copas.” Cowritten by Karol G, Daniel Oviedo (Ovy on the Drums), and Daniel Félix, the song appears on her third studio album, KG0516, which arrived in March.

In the Cole Santiago-directed video, Karol G and a group of friends celebrate on a beach at night lit by a bonfire, where they toast to friendship and give each other matching tattoos depicting 200 copas. The group join in to sing her corrido that encourages a friend to leave a bad relationship behind. The footage is interspersed with scenes featuring Karol G alone on a sunny beach stroll.

Last month, she teamed up with J Balvin and Nicky Jam for a remix and video for “Poblado.” In October, the Colombian singer will embark on her first headlining U.S. tour. The ‘Bichota Tour’ kicks off in Denver at Mission Ballroom on October 27th and continues through November with a pair of closing dates on November 26th in Miami at FTX Arena and on November 27th in San Juan, Puerto Rico at Coliseo de Puerto Rico.