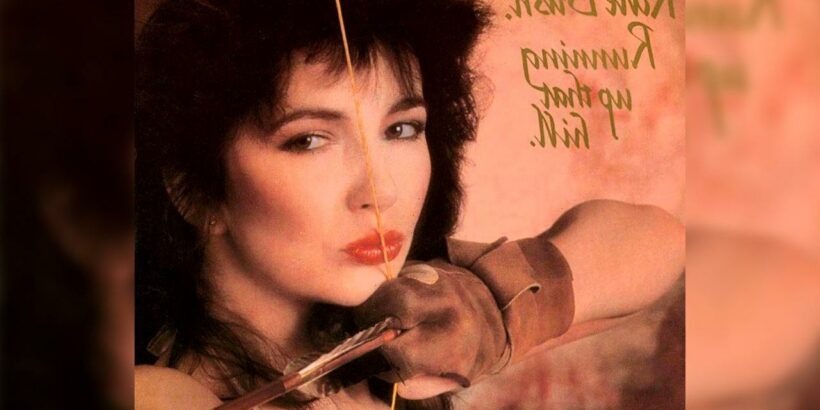 The music legend’s 1985 single ‘Running Up That Hill (A Deal With God)’ hits No. 1 on iTunes chart after it’s featured in the new season of the hit Millie Bobby Brown-starring series.

AceShowbiz –Kate Bush makes a return to the music charts. The pop legend made the return after her iconic song “Running Up That Hill (A Deal With God)” was featured in the new series of “Stranger Things“.

The 63-year-old’s track was included in the first episode of season four of the hit Netflix show and it has surged up the iTunes chart to number one since the new shows landed on the streaming service on May 27.

“Running Up That Hill (A Deal With God)” is from Kate’s “Hounds of Love” album and it peaked at number three on the U.K. Singles Chart following its release in 1985. Kate previously opened up about the meaning of the lyrics, saying back in 1985, “It’s about a relationship between a man and a woman. They love each other very much, and the power of the relationship is something that gets in the way.”

“It creates insecurities. It’s saying if the man could be the woman and the woman the man, if they could make a deal with God, to change places, that they’d understand what it’s like to be the other person and perhaps it would clear up misunderstandings,” Kate further explained. “You know, all the little problems; there would be no problem.”

It’s not the first time “Stranger Things” has given a song a major boost, series three featured the theme tune to 1984 fantasy film “The NeverEnding Story”. The music video for the song by Limahl became a huge hit on YouTube, with bosses revealing searches spiked by 800 percent after the episode featuring it dropped on Netflix.