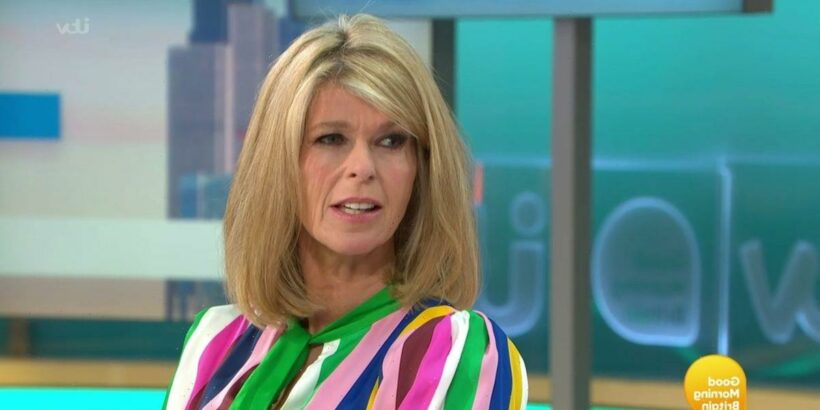 Kate Garraway has announced that her documentary Finding Derek has been nominated for a National Television Award.

The Good Morning Britain presenter, 54, appeared on the ITV programme this week, where she revealed the happy news that the personal project had been put forward in the inaugural Authored Documentary category.

Speaking to her GMB colleagues, she then shared her hopes that her husband Derek Draper, also 54, would be able to attend the NTA ceremony alongside her. "I was trying to look at the dates and work out the logistics of how that might work.

"There are some brilliant people in the category, there's some brilliant documentaries, I don't think for the moment we'll win. But it would be lovely for him to be there."

And another chipped in with: "So well deserved."

While a third social media user wrote: "I cried all the way through the documentary."

And another fan of the show wrote: "So well deserved Kate."

While another said: "Best of luck!" Finding Derek aired in March this year and followed Kate as she made renovations to the home she shares with her husband Derek and their children Darcey, 15, and William, 12 ahead of his return from hospital.

The former Labour Party advisor fell ill with Covid in March 2020 and was hospitalised for over a year.

He returned home in April this year and is being cared for by Kate and a specialist team.

Earlier on GMB, Kate grew emotional as she discussed taking her first family holiday without Derek as he continues to recover.

"I have got friends to help us because I think we're quite emotional the three of us about going away without him," Kate candidly shared.

"I wondered whether that would feel too strange to do. It feels like a bit of a moment, my son Billy is a bit is concerned.

"It feels strange but we need to do it, to have a little bit of time come back and be refreshed."