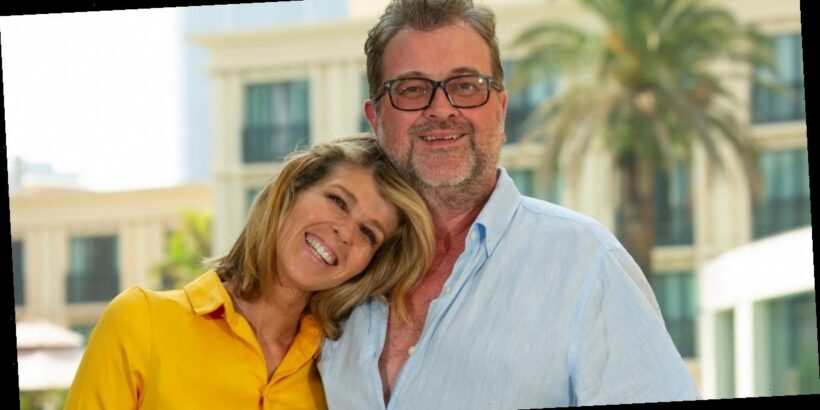 Kate Garraway's husband Derek Draper has finally returned to his family home, according to reports, after one year of hospitalisation.

The dad-of-two, 53, was admitted to the intensive care unit with coronavirus in March of last year, with the disease severely damaging several internal organs.

In his absence, Kate renovated their property to ensure it would accommodate Derek in his condition, fitting their home with ramps and widened their doorways.

Thankfully, Derek has now reportedly returned to his North London home, where he will receive constant care.

“Kate’s dreamt of this day for so long, and can’t thank wonderful NHS staff enough," Kate's friend said, according to The Sun.

The publication reports Derek's two young children, Darcey, 14, and Billy, 11, broke down in tears when their dad finally made it home, with the family forced apart for over one year.

Kate opened up about the extensive home renovations in the ITV documentary Finding Derek, which saw her detail her husband's ordeal as he fights to recover from the impact of the virus.

She explained: "We are planning for ground-floor living, presuming he will be on a stretcher or in a wheelchair."

Kate added she would "sleep downstairs on a put-me-up bed" to remain close to her husband upon his long-awaited return.

Brave Derek has come a long way in the last 12 months, having been placed in an induced coma while in the intensive care unit last spring.

Though Derek has regained consciousness and is now able to communicate, the virus has caused blood clots in his lungs, leaving him diabetic with damage to his liver and pancreas.

His health journey has astounded doctors, who previously revealed the infection in Derek's lungs were the highest they had seen throughout the pandemic.

Kate said in January: "It’s very much two steps forward, three steps back, but if I think back to where we were in March 2020, when Derek’s lungs were solid with infection and his infection rates were the highest doctors had seen in anyone who has lived, we’re undoubtedly in a more positive place.”

The family were devastated to learn they were unable to visit Derek after the Christmas break, as the rise in UK Covid cases led to a tightening of visitor restrictions in the hospital.

Kate struggled going so long without seeing him, as she described her husband's condition while filming the emotional feature Finding Derek.

“It felt like we were moving forward at Christmas, now it feels like we’ve slipped back," she said.

“And I’ve felt like I’m sort of hanging over the side of a ship, trying to hold onto him, so that when he kind of bobs up from this ocean of unconsciousness, you can see him sort of click in and you don’t know whether it’s because he can suddenly find a way to get out.”

Over the past year, Kate has been dedicated to sharing her story with others to raise awareness, evening writing a soon-to-be-released book on the subject.

Titled The Power of Hope, the book is set for release later this month.