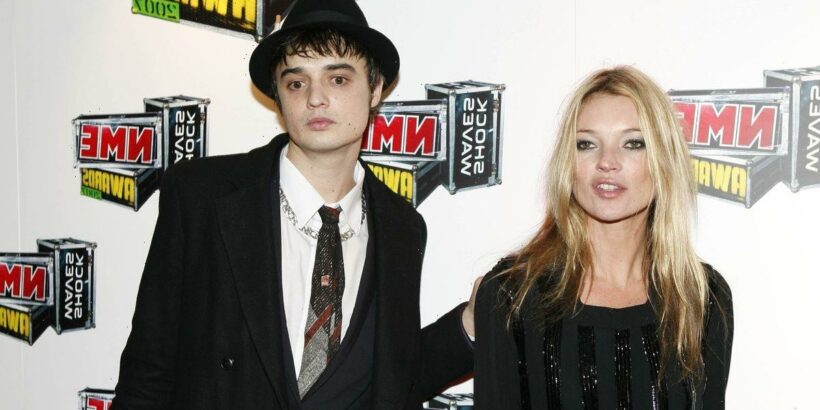 asa xsaoPo-ete Doherty has revealed how 12 armed cops stormed Kate Moss’s home after he accidentally pushed a panic button while he reached for a rock of crack.

The 43-year-old Libertines rocker revealed the incident in his autobiography, called A Likely Lad, which is out next week.

He said that while dating the supermodel between 2005-2007, armed cops stormed her home in posh St John’s Wood after he pressed the panic button while searching for a ‘rock’ of crack cocaine.

Pete said: “There was not really one specific incident that finished the relationship.

“Our worlds were not really compatible in the end. There were all sorts of incidents.

“One day, when she was away somewhere and I was scrabbling down by the side of the bed, for a dropped rock probably, I accidentally pressed the panic button and 12 armed police ended up at the cottage in St John’s Wood.

“It became a running battle, really, that relationship. It was always the same, for all those years: highs and then crushing, violent lows. It was not sustainable.”

He also said that Kate had never gone into crack dens with him, adding: “Kate Moss didn’t go to crack dens!

“She never had an interest in all that, and, if I’m honest, that’s why we broke up.”

He said that his new life in France was doing him wonders – as there was nowhere he could buy drugs – and instead said he lives the high life on cheese – saying it had given him an ‘embarrassing’ paunch.

The Babyshambles frontman said: “It’s a bit embarrassing, isn’t it?”, but, yeah, the cheese, man.

“The cheese in this area – the brie, the camembert.

“There’s something special in the grass, you can taste it in the milk, it’s different here, it’s so creamy.

“I drink it by the pint. And the butter, and the bread, and the saucisson.”