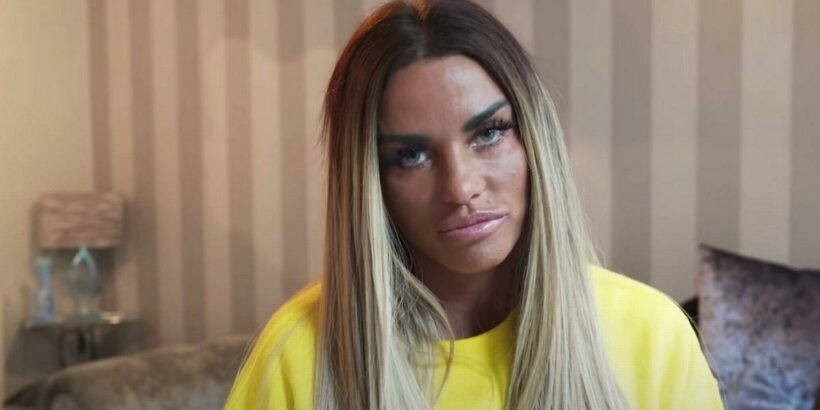 Katie Price has told of how she has full-body liposuction operation in a bid to lose weight before she has a baby.

The former glamour model, 43, allegedly had the surgery in Turkey which costs £12,000.

She has shared a snap on Instagram of her wearing compression leggings after getting surgery to remove fat from her legs.

Alongside the snap she said: "Trooper."

The mum-of-five has also shared photos of her on Instagram of her exploring the scenic holiday destination with her fiance Carl Woods.

The pair have visited the country twice since restrictions were eased, and on the last time it was on the green.

Turkey is now red list country red list meaning the pair will have to stay in a mandatory quarantine hotel when they get back, costing £1,750 per person.

Katie also wants to get a brow, face lift and new teeth after putting on two stone over lockdown and wants to get the fat "sucked out" of her before starting IVF with Carl.

Katie confessed on Steph's Packed Lunch: "I have tried so much to lose weight, obviously we want a baby and we’re doing IVF.

"I just want to shift some weight before we do it so I am going to have surgery."

The bombshell claimed she she has struggled to lose weight naturally since breaking both her feet last summer by accidentally plunging 25ft after jumping off a wall in holiday.

She's had several operations which has allowed her to walk.

Katie used to run as a way of keeping fit but has been unable to since the operation.

A source told The Sun: "Katie has really struggled to lose the two stone she put on after her foot surgery, because she can't run or stand on her feet for long after her injury – so she'll get full body lipo when she goes to Turkey this summer."