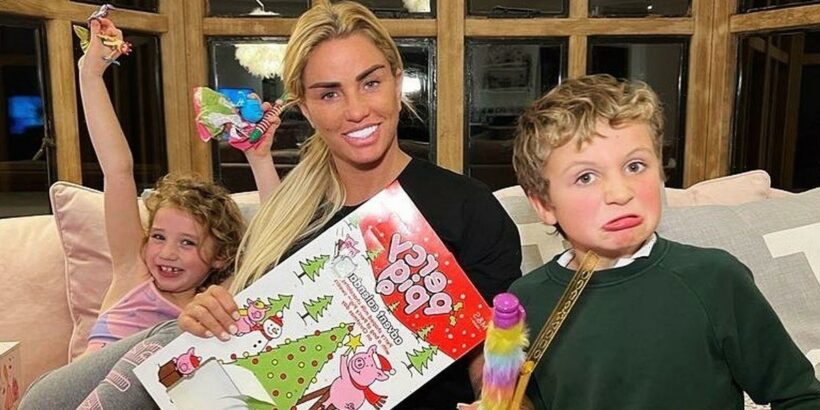 Former glamour model Katie Price has been accused of making a "dangerous" parenting blunder after she posted a picture of her son Jett online with his school uniform badge in full display.

The mother-of-five received harsh criticism from her Instagram followers who couldn't believe she made the accidental error showing Jett, 8, standing happily in his green educational attire.

Captioning the photo, Katie, 43, penned: "Jett getting ready to look for frogs."

But fans were more concerned about the youngster's badge and flocked to the comment section to share their thoughts.

One follower penned: "You really need to think about the safe guarding, hide your son's school badge."

Another questioned: "Why would let everyone know what school he goes to?"

"Please cover the school badge Katie. It'd be a lovely photo and sweet boy, but safety first," a third added.

While a fourth said: "Please cover his school badge. Keep your child safe, use your brain woman."

Katie has now removed the photo and posted a picture of her daughter Princess.

Former I'm A Celeb star Katie revealed she had four kidnap threats made against her earlier this year and said Scotland Yard detectives helped foil them.

Due to the threats, Katie previously expressed that she must live with a protection dog called Blade to help her feel safe in her home.

Talking about her protection in more detail while appearing on Channel 4 show Steph's Packed Lunch, Katie told presenter Steph McGovern about her ordeal.

She said: "I've had four kidnap threats anyway through Scotland Yard. I talk about it so blasé because I'm just used to it. My life is just so out there."

Steph gasped: "Have you had kidnap threats?"

Katie replied: "Yeah I've had four. Scotland Yard knock on your door. They know by their intelligence.

"Before I even know, they're working behind the scenes. When they come to your door, their intelligence tells them everything.

"I've had them pretty bad – that's why I've got my protection dog."

According to The Sun, police have previously revealed that Katie was the target of an Essex-based underworld gang and in 2018 which included a plot to abduct her eldest son, Harvey, 18, was revealed.