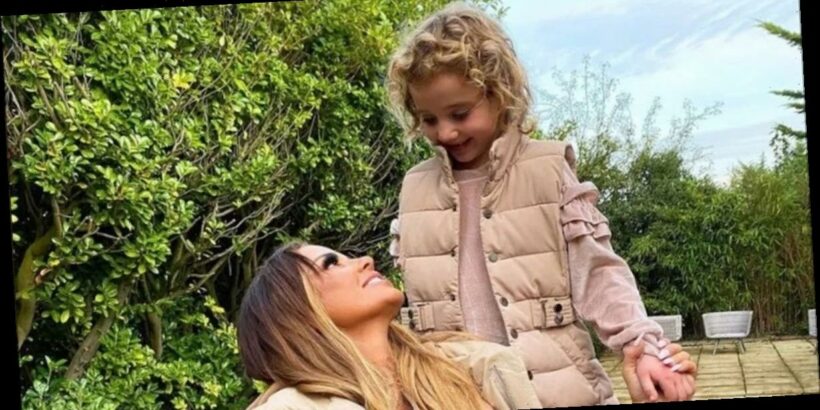 Katie Price's daughter Bunny looked like her double after she shared a photo of her posing with a long blonde wig.

The six-year-old looked the spitting image of her model mum when she tried out the new look.

The mum-of-five shared the snap with her Instagram fans after Bunny got hold of one of her hair pieces.

Katie, 42, has enjoyed switching up her look in the past, previously being both a brunette and blonde, she has rocked long, curly and straight hair.

Last week the reality star revealed her amazing makeover as she showed off her new wig collection.

She had chopped off her locks for charity.

Katie has damaged her hair over the years from wearing extensions and said she made the decision to give herself a break.

It looks like her hair pieces have caught the eye of her youngest daughter, Bunny.

Taking to social media, the celeb shared an adorable clip of the youngster proudly showing off her new style after she tried her mum's wig.

The former glamour model asked her: "Bunny what have you got on your hair?"

Bunny responded: "A wig because my hair is covered!"

Katie said: "Why do you want to keep wearing it?"

"Because I don't want anyone to see it," Bunny giggled back.

Katie's two daughters, Princess, 13 and Bunny, love to play dress up and have tried on their mum's clothes and make-up before.

In December, the mum shared a photo of Bunny in a full face of make up after Princess applied lipstick, eye-shadow and foundation to her little sister.

However, some fans criticised Katie for sharing the photo, saying it was 'wrong'.

But others came to defend the star, saying it's big and little sister playing together.

She shares Harvey with footballer Dwight Yorke, Junior and Princess with ex-husband Peter Andre and her two youngest with Kieran Hayler.